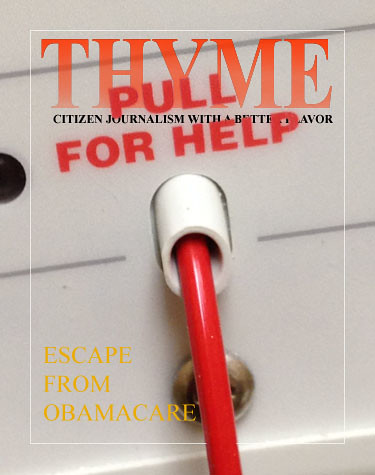 The promise was clear: "If you like your plan, you can KEEP your plan." The harsh reality was that many of our friends simply LOST their non-Obamacare compliant coverage. Being self-employed, we had played the individual policy game for years. We had gone through the arduous process of re-qualification just to get a plan with a higher deductable. A $6000 deductable allowed us an affordable policy. We had re-qualified just early enough that our plan was "grandfathered." Even though it did not meet the standards of the so-called: "Affordable Care Act," it was old enough that it did not fall into the group of plans that were simply disallowed.

But the last premium increase notice was a jaw-dropping increase in a premium that was already beyond our means to pay. As our business fell off, our actual earnings often wouldn't even cover it. Our agent simply shrugged: "Go on the exchanges and get Coventry." Friends advised us that that company was horrible to work with. We were no longer sought after customers. Years of faithfully struggling to pay the premiums does not guarantee any loyalty on the part of your insurance company. Their lack of pushback to government intervention is telling. Follow the money. But that, dear reader is a subject for another day.

Some very dear friends of ours had left the system a long time ago. They introduced us to Samaritan Ministries, an ALTERNATIVE to traditional health insurance. Going back to the original concept of underwriting and neighbor helping neighbor, Samaritan Ministries members pay a monthly 'share' to cover each others' healthcare burdens. This 'share' is not sent to the central office of the organization but rather sent directly to the member who needs it. Cards and prayers accompany the 'share.' Bearing one anothers' burdens now has a name and a face.

Though the coverage is pretty basic (well visits are not covered), uncovered items are presented as matters for prayer. My wife is about to send an extra $20.00 to help someone with dental surgery that is not covered by the basic plan. Neighbors helping neighbors. It is a beautiful concept!

How does Samaritan Ministries avoid the dreaded Individual Mandate? The so-called "Affordable Care Act" includes an exemption for Faith-based healthcare organizations in accordance with our country's long-standing tradition of respect for conscience. [1.] 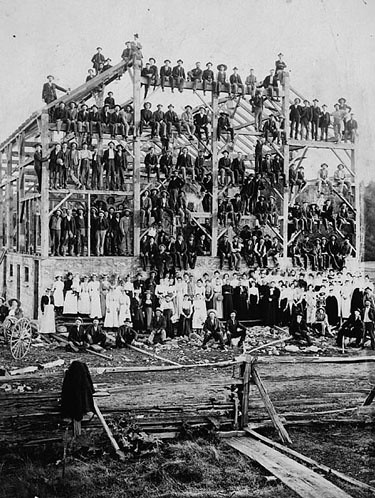 The Amish and Social Security

In 1935, congress passed The Social Security Act. Included in this legislation was "Old Age, Survivors, and Disability Insurance," provided for those in industry and commerce, and extended to include farm operators in 1955. The  Amish Country News writes:

While the Amish have no objection "paying unto Caesar what is Caesar’s," they do have problems with commercial insurance. In a sense, insurance was seen as not trusting in G-d. Insurance plans were a worldly operation. Plus, the Amish view of separation of church and state normally meant not accepting money from government programs, especially something viewed as welfare. No one could deny that this program was one of paying money to the government and then receiving a benefit in return.

Perhaps most importantly, the care of the elderly is seen as the responsibility of the family and community, not the government. Whether it be additions built onto the main house where grandparents "retire," benefit sales to pay large medical bills, or the community effort of a barn-raising, the Amish truly try to "take care of their own."

The complete story of how legislation was enacted eventually to exempt the Amish from Social Security Tax is told in this article: The Amish and Social Security [click to read].

The Social Security Tax  was administered by the Internal Revenue Service, beginning in earnest during the 1950's Though Old Age, Survivors, and Disability Insurance was clearly in the description, it was collected as a tax. The issue came to a head when the IRS seized the horses of one Valentine Byler for non-payment of the tax. Public sentiment was stirred as Byler depended on these horses for his livelihood as a farmer.

He received letters of support such as this one from Texas: "May I congratulate you on having the intestinal fortitude to stand up for your beliefs. While I am aware that your action stemmed from a love of your religion rather than from defiance, I hope that your example may serve to point out to some of us just how far our benevolent Government will go to reach its goal of making dependents of us all. There seems to be no place for a person who asks merely to be left alone, and to provide for himself and his family."

In 1961, Amish bishops sent the following petition to the IRS:

We, as representatives of the Old Order Amish Mennonite Church, do herein express our deep appreciation, and with grateful hearts do we recount the favors and consideration accorded our forefathers in the past...

We believe in a supreme being and also the constitution of the USA, and we feel the Social Security Act and Old Age Survivors Insurance [OASI] is abridging and infringing to our religious freedom. We believe in giving alms in the church according to Christ’s teaching.

It has been our Christian concern from birth of our church group to supply those of our group who have a need, financial or otherwise... Our faith has always been sufficient to meet the needs as they come about, and we feel the present OASI is an infringement on our responsibilities; as a church we feel grieved that this OASI has come upon us...

We Bishops, representatives of the Old Order Churches of the USA are appealing to you to prayerfully consider and reconsider this favor. In G-d we trust."

Ironically, relief was finally forthcoming to the Amish in a provision that was tacked on to the 1965 legislation that established Medicare. Wayne Fisher writes: "Tucked into the 138 page bill was a clause exempting the Old Order Amish, and any other religious sect who conscientiously objected to insurance, from paying Social Security payments, providing that sect had been in existence since December 31, 1950. After Senate approval in July, the signing of the bill by President Lyndon B. Johnson on August 13, 1965, made it official and canceled tax accounts of some 15,000 Amish people amounting to nearly $250,000." [2.]

John Jay on Right of Conscience

Consciences of men are not the objects of human legislation…How beautiful appears our expansive constitution in disclaiming all jurisdiction over the souls of men, and securing (by a never-to-be-repealed section) the voluntary, unchecked, moral suasion of every individual.”

— John Jay, the original Chief Justice of the U.S. Supreme Court on the right of conscience in the Constitution

In the Garden
Charles A. Miles, 1913, Public Domain 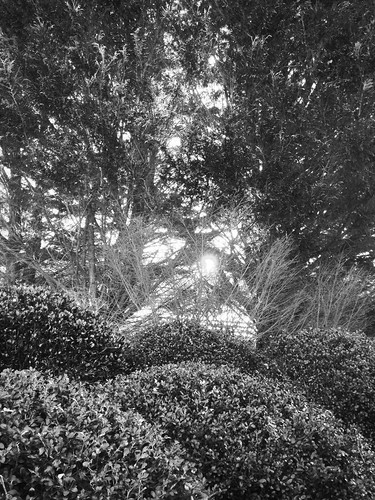 In the Garden. Photo by Bob Kirchman

I come to the garden alone,
While the dew is still on the roses,
And the voice I hear falling on my ear
The Son of God discloses.

He speaks, and the sound of His voice
Is so sweet the birds hush their singing,
And the melody that He gave to me
Within my heart is ringing.

I’d stay in the garden with Him,
Though the night around me be falling,
But He bids me go; through the voice of woe
His voice to me is calling. 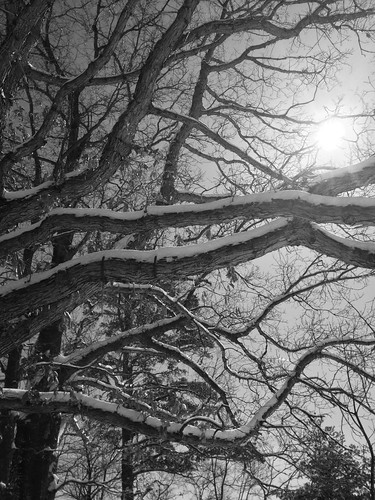 A Restful Walk on a Ridge
Shenandoah Mountain Trail 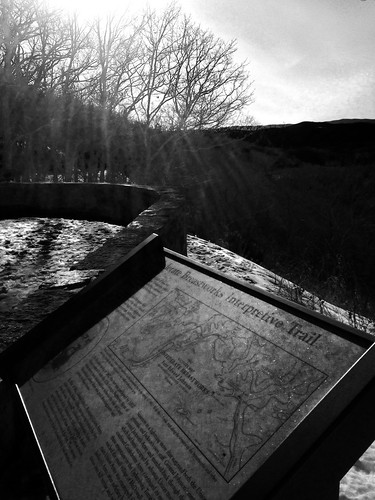 Shenandoah Mountain Trail begins at this overlook on U. S. 250 at the Western border of Augusta County where Confederate troops from Georgia once manned Fort Edward Johnson,...
Photo by Bob Kirchman 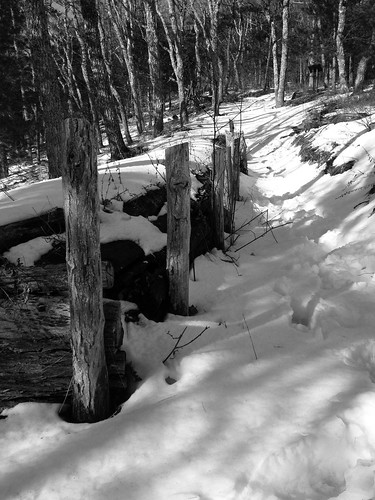 ...shivering in a late Spring snow in 1862.
Photo by Bob Kirchman 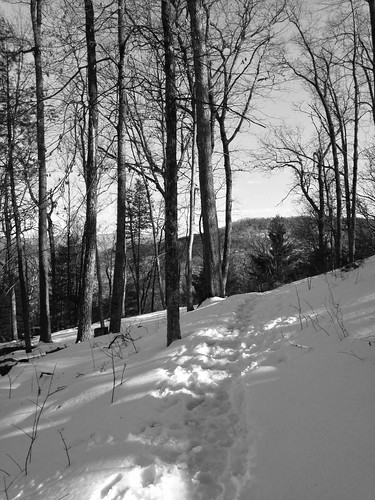 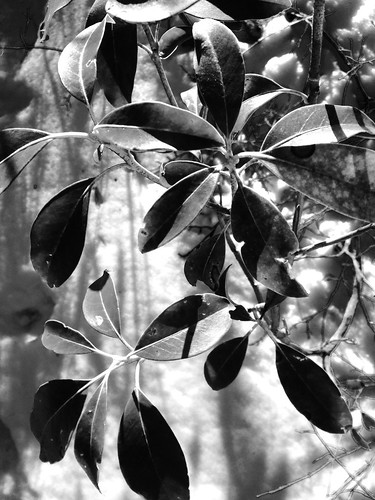 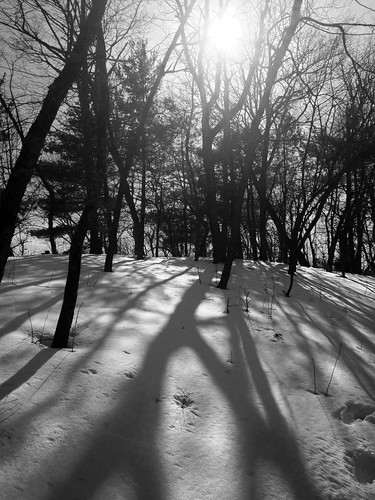 Please Note: THYME Magazine will return to its once-weekly format, publishing midweek. There will be no Saturday edition for the time being.
Posted by Bob K. at 1:00 AM
Labels: "Affordable Care Act", citizen journalism, Healthcare, Thyme Magazine