For One Man, Thinking Outside the Box Meant Getting into One 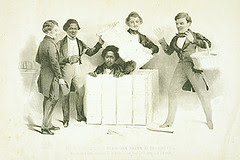 He was born a slave in Louisa County Virginia in 1815. On March 29, 1849 Henry 'Box' Brown literally mailed himself to freedom, no mean feat for the two-hundred pound 5' 8" man, who had a carpenter build him a special wooden shipping container.

Mr. Brown was a worker in one of Richmond's tobacco factories but when his family was sold and taken away to North Carolina he grieved their loss and eventually knew that he wanted to seek his freedom. He sought out an agent of the Underground Railroad who arranged contacts for him in the city of Philadelphia [Pennsylvania was a free state]. Brown devised his unique escape and had a carpenter build the box. Care was taken to provide inconspicuous air holes and the box was clearly labled "This Side Up With Care."

Cleverly disguised as a shipment of dry goods, Brown was transported by wagon to the RF&P Railroad for a trip to the Potomac. A ferry took him accross the river to continue his journey by train to Philadelphia. The box was handled roughly and was placed upside down a few times but Brown was able to remain silent and avoid detection. The journey lasted 26 hours.

He arrived at the doorstep of James Miller McKim, a Philadelphia abolitionist, who had agreed to receive the shipment. He greeted the men who uncrated him, saying "How do you do gentlemen," then sang a hymn that he had chosen to celebrate his freedom.

Mr. Brown became a popular speaker and when the Fugitive Slave Law was passed in 1850 he went to Britian. In 1875 he returned to the U.S. and continued as a popular speaker and entertainer.
Posted by Bob K. at 4:17 PM No comments:
Labels: African American History, Henry Box Brown, Milestone Monday, Slavery

One of Our Earliest Clients Respects Our Work

St. Anne's-Belfield School in Charlottesville has been a good client of ours for a long time. We've done several major capital improvement campaigns for their development office and were recently called back for another project. I was pleasantly surprised to find this "gallery" adorning the wall of the Director of Admissions office. 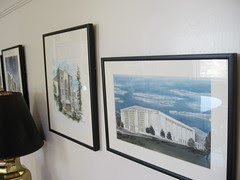 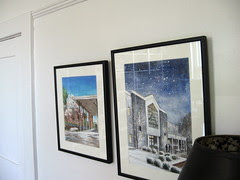 These watercolor renderings tell the story of about ten years of growth for the school. As I was leaving the campus I happened to notice how the master plan rendering had been put to use as a visitor guide. The vinyl print is a bit faded, but it is still doing a great job of directing guests around the campus.
Posted by Bob K. at 5:58 AM No comments:
Labels: Gallery, Master Plan, Renderings, Test of Time

It Should Be on Every Approach to Washington 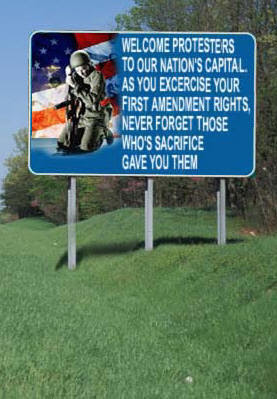 A year or so ago there was a lot of talk of an anti-war demonstration to be held in Washington. Demonstrations in Washington are very much not news. The sun is shining as I write this so there is probably one going on today. The difference was that there was also talk of damaging sites like the Iwo Jima Memorial and the Vietnam Veterans' Memorial. That was simply going too far!

We who value free speech must remember that the right was secured with blood. With some sense of gratitude for those who secured the rights we hold dear and still defend them today, the idea of this welcome sign was born. I did send a copy to the gentleman who installs the welcome to Virginia signs for VDOT and received no response. Perhaps the praying soldier is a bit too controversial. Please do think about the sign and its inspiration.

FYI: No, I have no plans to impersonate a VDOT sign installer!
Posted by Bob K. at 12:06 PM No comments:
Labels: Road Signs, VDOT, Welcome Sign for Protesters

Good Directions for the Road

To Richard Ankrom it is an Art 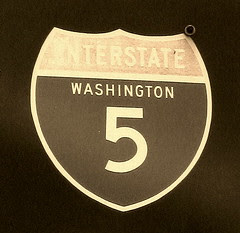 My own photo of an I5 shield.

Frustrated by confusing directions to North Interstate 5 from the California 110 freeway, Richard Ankrom, fine artist and sign painter exceeded his fifteen minutes by a mere five as he installed a three foot high “North Interstate 5” shield to an overhead exit sign. He performed the installation in broad daylight and in full view disguised as an orange-vested Caltrans worker.

Striving for accuracy in every detail, Ankrom studied federal and state sign manuals and even did a fashion study of Caltrans work attire for the project. Friends videotaped and photographed the whole twenty-minute process.

Nine months later, Caltrans discovered the ‘guerilla sign work’ and issued the following statement: "The work of Mr. Ankrom was very well thought out and very well executed. However, we have concerns because we do not feel that the public should go out on the highway system and make changes to signs, due to safety issues."

He is Risen Indeed! 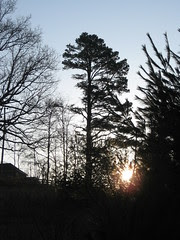 Wishing everyone a blessed celebration of resurrection!
Posted by Bob K. at 5:33 AM No comments:
Labels: Easter

Let's Start With the Road 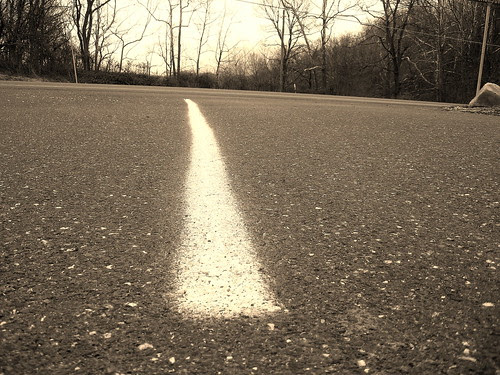 Who besides myself has ever wondered"who was the 'guy' who invented pavement markings?" Without them modern highways could not function so their origin must have been forged by necessity.Some historians like to point to Roman street crossing stones as the forerunner of modern 'zebra walks' and that is certainly good history but the actual sorting of traffic by lanes requires a visit to more recent times.

As the automobile came into common use in the United States, the U.S. Numbered Highway System came into being and the various states embarked on a mission to pave cross-country highways. In their gravel and dirt condition the danger of head-on collisions was not so life threatening as the speeds were not that great.As the great highways became paved, however, the speed of vehicles increased to the point that dangerous collisions did occur. U.S. 99 in Indio, California was a particularly dangerous stretch of road and in1917 necessity would soon become the 'mother of invention.'

Dr. June Hill Robertson McCarroll was born in New York's Adirondack Mountains and went on to study medicine in Chicago during an era when few women completed professional studies at all. When her first husband John Robertson developed tuberculosis, she moved with him to Southern California hoping the desert climate would help his recovery. She took a job as a nurse with the Southern Pacific Railroad. Mr. Robertson died in 1914 and Dr. June later married Frank McCarroll, the local station master. She continued in her medical practice and at one time was the only physician serving the desert area between Palm Springs and the Salton Sea. She began to see victims of automobile accidents on an increasingly regular basis.

Driving in her model T Ford, along what was to become U.S. 99 inIndio, the good doctor was run off the road by a large truck roaring toward her in the center of the pavement. In her own words: "My Model T Ford and I found ourselves face to face with a truck on the paved highway. It did not take me long to choose between a sandy berth [sic] to the right and a ten-ton truck to the left! Then I had my idea of a white line painted down the center of the highways of the country as a safety measure."

Dr. McCarroll approached the Riverside County Supervisors and the Chamber of Commerce who listened politely to her idea and politely shelved it. Frustrated, but far from defeated, she finally engaged in a bit of guerrilla road improvement, hand painting a four-inch white line down the center of a mile-long stretch of U.S. 99 to create two distinct lanes.Aided by the Indio Women's Club, she began a statewide letter writing campaign and finally, in 1924 the state highway commission adopted her proposal. Initially 3500 miles of road were striped at a cost of $163,000. Soon pavement markings were in use around the world. 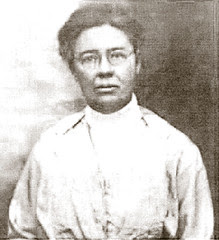 The Catechism says that the chief end of man is "...to glorify G-d and enjoy Him forever." Clearly there is more to life than the things that seem intent on filling it up. Here I plan to share some thoughts on life's subtler side. Enjoy the trip! 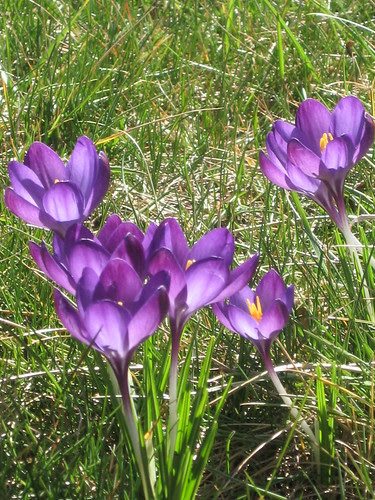 Posted by Bob K. at 6:03 AM No comments:
Newer Posts Home
Subscribe to: Posts (Atom)