Public Servants Should Remember Who They Serve

I grew up with Davy Crockett as a hero. I still remember the part where he rode through the night to defeat the Indian Bill, a bad piece of legislation that cost him his congressional career for opposing it. Davy Crockett was one of us! There was no question.

Fast forward to 2008 and you have two 'public servants' who let their hair down with their elite buddies and say things like: "You go into some of these small towns in Pennsylvania, and like a lot of small towns in the Midwest, the jobs have been gone now for 25 years and nothing’s replaced them. … And it’s not surprising then they get bitter, they cling to guns or religion or antipathy to people who aren’t like them or anti-immigrant sentiment or anti-trade sentiment as a way to explain their frustrations."

You can hear them for yourself Here at the Family Foundation Blog.

Scary stuff! The man responsible for the second quote is running for Senate from the State of Virginia. He's also running spots saying that Senator Obama respects your Second Amendment rights!

Home schoolers, dangerous?, I've had home schoolers work in our model shop and I can tell from the above quote that Mark Warner has far less experience with home schoolers than I do. I've seen fifteen year old kids who've developed professional proficiency and have pretty good heads on their shoulders to boot! I think I'll send Governor Warner a copy of Alvin Schmidt's book Under the Influence. I think there are many spiritual underpinnings to what it means to be an American. I don't think Governor Warner's coctail crowd should be so afraid of us.

In the early Nineteenth Century, Crockett's Tennessee was the Alaska of its day, sitting on the frontier with hostile forces beyond. I'll bet you their were no teenagers working out their angst either. Young people were working the farms and defending them.

So, once again in troubled times, should we look to the frontier for leadership? "You Betcha!" 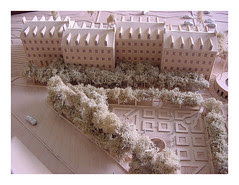 And What of Tony Rezko, Who Put Senator Obama in His Hyde Park Mansion?

The Christian Case Against Barack Obama

I guess we must now conclude that Home Schoolers are dangerous and Rashid Khalidi isn't!

Thanks to Sarah For America.