She Gave a Voice to Many in this Election 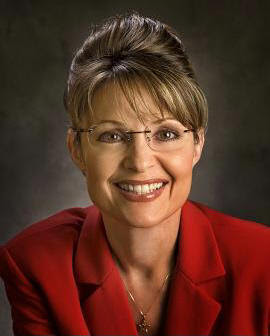 You would think that with the election over, the Neanderthal sport of Palin bashing would cease. Obviously she is still threatening in the minds of her foes or they would quietly forget her. If you've been under a rock for the past few months, may I remind you that Governor Palin came from nowhere to energize a particularly deflated campaign and drew large crowds, not so much because she is a woman, but because of what she believes.

Her honeymoon with the press was the shortest ever for a vice presidential candidate. Charlie Gibson was unable to curb his bias and the editors cut her remarks mercilessly in the hopes of snuffing out the resonance of her message. If you could find an uncut Palin interview it was refreshing to listen to. She is what Jefferson envisioned as a citizen-legislator, one of us who's gone to Washington. Groups like The Our Country Deserves Better Committee are working to make sure this truth is not lost.

It's a hard fight. Sarah For America, a true Palin supporting website reports that Anti-Sarah Websites Get Better Rankings. Is Google showing bias? Read Her Analysis Here and you will stop believing in 'complicated algorithms' as an explaination. Google founder Eric Schmidt is on Obama's advisory board. The news media have obsessed about things like Palin's wardrobe expenses, a fraction of what it costs to outfit a female anchor on any network, while giving no perspective to the President-elect's statements supporting Cap and Trade -- a policy that would bankrupt sectors of the energy industry! Is it any wonder slogans like 'hope and change' work without specific explaination. We're not being taught to ask the hard questions.

Governor Palin deserves a lot of respect for interjecting the ideals many of us still believe in into our National dialogue. She stepped up to an impossible task with enthusiasm and did a wonderful job with it. She has my heartfelt thanks!
Posted by Bob K. at 4:24 PM
Labels: Ethics, Google, John McCain, Milestone Monday, Sarah Palin