Our Model in the B&O Museum, Ellicott City 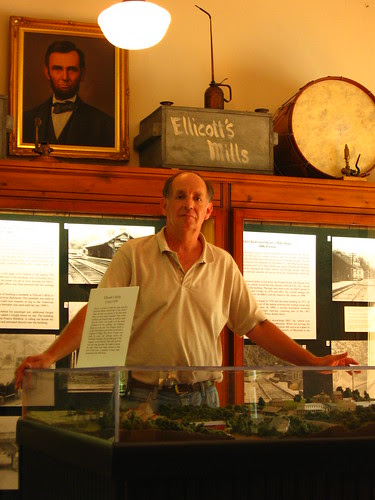 The Roads to Rails display. 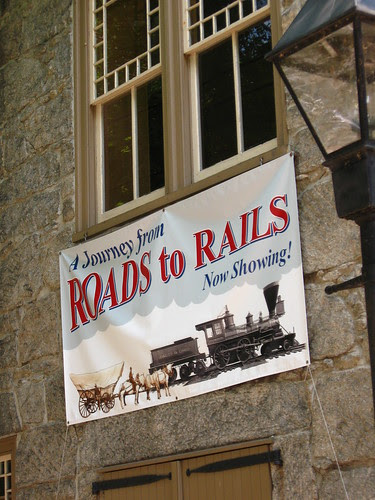 Banner for 'Roads to Rails' on the old station.

One of the highlights of the Summer has been preparing the model of Nineteenth Century Ellicott's Mills for display in 'Roads to Rails.' Today I was at the museum adding the old stables. Did you know that the first railroad horsepower was... literally horsepower! Prior to the introduction of the upright boiler steam engines cars were pulled by teams of horses.
Posted by Bob K. at 6:31 PM
Labels: Roads to Rails