Freedom to Create in China 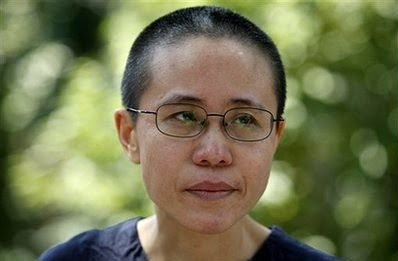 Her work was not allowed to leave the country but six images by Liu Xia were smuggled out. Why is this artist's work censored? Surely her abstract black and white images are no threat to the modern 'open' Chinese state.

"Liu Xia is the wife of Liu Xiaobo, the 2010 Nobel Peace Prize recipient, jailed for 11 years for threatening the security of the state. His only crime was to have written a petition—an act permitted by the Chinese constitution, by the way—asking for dialogue with the Communist Party in order to organize a transition toward democracy. This petition, circulated on the Web, was signed by several thousand Chinese scholars and artists." -- Guy Sormon

Here are the images and commentary: Freedom to Create [click to read] by Guy Sormon in City Journal.
Posted by Bob K. at 6:21 PM
Labels: China, Liu Xia, Persecution, Photography