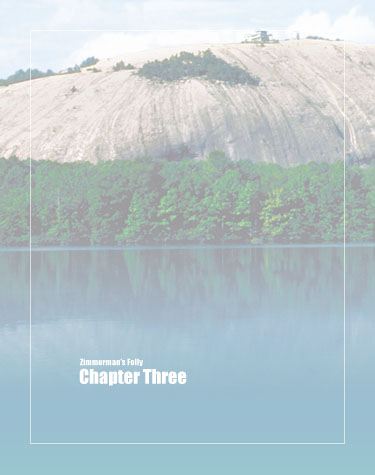 To love at all is to be vulnerable. Love anything and your heart will be wrung and possibly broken. If you want to make sure of keeping it intact you must give it to no one, not even an animal. Wrap it carefully round with hobbies and little luxuries; avoid all entanglements. Lock it up safe in the casket or coffin of your selfishness. But in that casket, safe, dark, motionless, airless, it will change. It will not be broken; it will become unbreakable, impenetrable, irredeemable. To love is to be vulnerable." C. S. Lewis

Pat was a beautiful slender brunette, the love of Zimmerman's life. He met her while he was struggling to build his career and soon found himself spending hours in conversation with her. With only the intention of an afternoon hike on his mind (or at least that was his story), he took her to walk on Georgia's Stone Mountain. Zimmerman and his friends loved to hike up Stone Mountain and they avoided the luxury of the tram like the plague. Invoking some primitive machismo, they'd revel in the exertion. Rupert immediately bought tram tickets for himself and Pat. They would ride up and walk down, Rupert treasured Pat's company but struggled with the idea of marriage. Still, she was deliciously cute in her pink shorts outfit. They enjoyed a picnic on the rocky top of the mountain and began their descent.

Indeed it did. The ring and formalities would follow, but Zimmerman would, after the incident on the bridge years later, say that an unseen hand gave him his bride and later met him on his own bridge that night. Indeed, Zimmerman had joyfully married Pat, but had drifted into the ways of his old boss... immersing himself in his work as his ventures struggled and failed. By the time he'd succeeded he had become a good but distant provider. Elizabeth was the child most like him and she filled an important void... as daughter and as his assistant. Pat seemed preoccupied for a while with those prophets of doom who write novels about the world blowing up and sell a lot of books. She wanted to prepare for apocalypse, Zimmerman wanted to build a better world.

Rupert and Pat both loved young people. They reveled in the love Elizabeth, their youngest daughter, had for Martin. Zimmerman refused to give up hope for them to live in a bright beautiful world like he'd grown up in. He often remembered how towards the end of the Nineteenth Century someone had suggested that the patent office be closed, saying: "Everything that is going to be invented has already been invented." Zimmerman laughed at the idea that that was ever seriously considered. Indeed invention seemed to have withered in the Twentieth Century as government investment propped up a succession of poorly designed prototypes of "green" technology. In the small nation of Israel, however, Zimmerman would find incredible innovation. He invested in the development of artificial sight technology being developed there to aid the blind and made a small fortune. 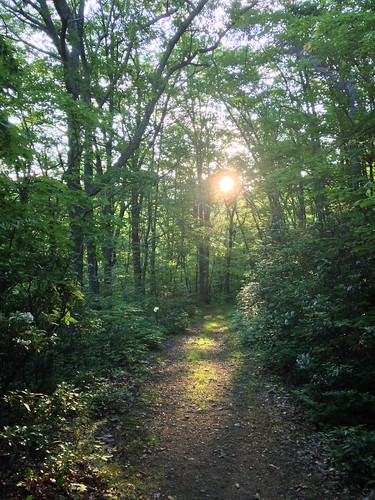