Citizen Journalism With a Better Flavor 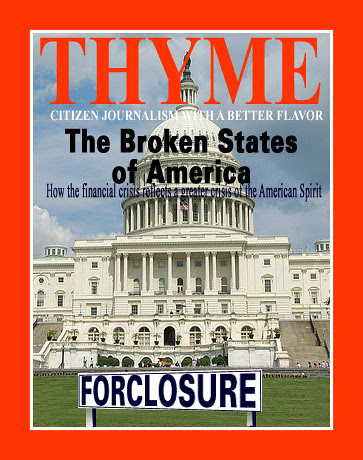 Why This House is Upside-down...

Washington's Bankruptcy reflects a crisis that is more in the American spirit than in her fiscal policy. Just ask any woman who's tried to run a household and feed her kids while her husband goes on unending binges and drinks away his paycheck.

Using the excuse of 'compassion,' Washington has taken over so much of the function of society that once was accomplished by G-d fearing men and women without so much as a nod from government. Our great hospitals and universities began as works of ministry for the most part. Government merely provided a secure infrastructure for the good works of mankind.

It might surprise you to know that African American unemployment was far lower before the Great Society was initiated. Communities were healthier before the state built large Soviet style 'projects' to 'improve' housing conditions. More fathers were involved in their childrens' lives before the government became the sole provider for so many families. Just something to think about...
Posted by Bob K. at 6:48 AM
Labels: Citizen Journalists, Milestone Monday, Thyme Magazine

Bob, love the cover of your new THYME Magazine! Thanks for the commentary.