How Christianity Changed the World

Originally published as:
Under the Influence,
Alvin J. Schmidt
Zondervan, 2001

Here is a book that really ought to be on your Christmas reading list. As we prepare to celebrate the wonder of Emmanuel -- "G-d With Us," it would be interesting to consider the historical influence of the Christian faith in out civilization. Obviously many modern writers consider it not all that great, or even destructive. They point to such events as the Crusades and the Spanish Inquisition and conclude that religion is not such a great influence on society. An atheist group in England is buying bus ads that say "why believe in G-d, Just be good for goodness' sake." Just in time for Christmas, no less, and using red and green lettering.

But such thinking ignores a vast body of history where men and women, inspired by their faith, abolished slavery, instituted humane treatment of the poor and mentally ill and generally lifted the situation of their fellow citizens. What good is "good for goodness sake" if good is not defined from a higher source. Indeed one can then make the conclusion that it is 'good' to kill six million members of another race. It happened in Twentieth Century Germany. Hitler may have appealed to Christianity in his speeches, but his actions go against the clearly understood teachings of the Faith. Study the life and death of Deitrich Bonhoffer and you will understand where the principles of his beliefs led one citizen to actively oppose the policies of Hitler.

It is a mistake to assume that Western Civilization is automatically 'Christian.' Schmidt looks back to the days of the Roman Empire, when Christians were the ones who rescued unwanted children from destruction and the Middle Ages, when Christians cared for the victims of plague that most simply shunned. Time and time again, Christianity is seen leading men and women to challenge the default direction of Western civilization.

We will read Dicken's 'A Christmas Carol' this season, but will we stop to think of how Charles Dickens was addressing social issues of his day. And what of William Wilberforce, the British parliamentarian who, moved by his faith, labored half a century to abolish slavery in the British possessions? When Dorethea Dix and Florence Nightengale improved healthcare methods, it was their faith that moved them.

Schmidt provides a great body of scholarly research to bring this forgotten history to light again. One point I take from his writing is that Christianity is at its best when it speaks into culture. It has been rendered less effective by its present 'mainstream' status [as when it is seen as a branch of the Republican Party]. It is all too easy to hijack the language of faith without embracing its life-changing path of discipleship.

Theodore Dalrymple writes in City Journal: "What the New Atheists are Missing." Himself a non-believer, he points to a time when a teacher's hypocrasy led him to question. Dalrymple does not, however, reject the realm of faith as a force in creating and ordering societies. He see's naturalistic explainations and philosophies quite insufficient for dealing with all of human existence. Richard Dawkins' assertions that religious education is tantamount to child abuse, for example seem to Dalrymple no more than the rebellious ranting of a child who's just learned that his parents are not perfect. All of us have experienced some sort of disillusionment in our youth. I remember a time when a nun of the 'Sisters of Mercy' punished me for some infraction I had not [at least in my recollection] committed. I too questioned a lot of things. The Cuban missle crisis fueled more unanswered anxiety as I careened into adolescence.

But something happened in my teenaged years that is etched firmly in my memory. It was a dark and stressful winter day when I decided to walk in the woods near Triadelphia Reservoir. Something spoke to me that afternoon that was more eloquent than the ranting of hormones and the perceived unfairness of life. The buds of the trees were growing fat. here was the hope of spring and new life. Clearly spring would come. The buds gave evidence of an event hoped for. They were indeed the substance of something yet unseen!

"For the invisible things of him from the creation of the world are clearly seen, being understood by the things that are made, even his eternal power and Godhead; so that they are without excuse:" -- Romans1:20 KJV

Holy writ makes the point that the order and beauty of the creation speaks eloquently of the creator. Thus Intelligent Design, though it merely points out the complex mechanisms of nature, leads one to seek the source of such wisdom. I look to that time in the trees as an affirmation of personal faith in a creator. Though at that point it was pretty detatched and intellectual at best.

"...for he that cometh to G-d must believe that he is, and that he is a rewarder of them that diligenly seek him." Hebrews 11:6b KJV

As a young adult I embraced faith in Christ as redeemer and rewarder. The journey of faith had begun with the fat buds years before though.Therefore I must conlude that those who consider the design of the universe dangerous information have good reason if they fear that others may follow the path I have walked. Dawkins would prefer me to credit space aliens with seeding life to this planet and thus push the hard questions of origin to another world. Darwinism, in its purest form, rejects the idea that this world is some sort of intentional creation. Of course this leads to the rejection of theism and ultimately the rejection of certain absolutes. The film 'Expelled' takes a good look at 'eugenics' and how it is supported by a darwinian world view. In the first half of the Twentieth Century certain proponents of eugenics sought to speed evolution along by eliminating the reproduction of certain undesirable types of persons. The results were forced sterilization of the mentally ill and the holecaust. Contrast that movement with Dorethea Dix and others who, motivated by Christian faith, improved conditions for the mentally ill.

Alvin Schmidt makes a good case in his book 'Under the Influence' that faith is a builder of society rather than a force to destroy it. Dalrymple the non-believer would concur. Thus the danger of Christian principles such as 'intelligent design' leading to dangerous conclusions is much inflated. One might even conclude that the free discussion of order and design,wherever it is found, is wholesome. Certainly there is no basis for its exclusion from the academy.The argument will no doubt be made: "what about the crusades, what about jihad, religion is dangerous?" Yes, it is certainly something that may be missused, but that must be countered with an honest look at how the so-called "good" science of evolution was the foundation of eugenics. Millions of people were killed in this misguided attempt to improve humanity. Ironically, such brilliant men as Albert Einstein met the criteria for elimination. We reduce the world to only naturalistic explainations at our own peril. The argument for open inquiry, with men and women of Faith seated at the table, stands. 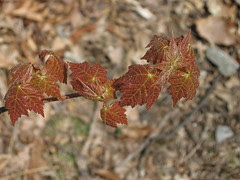 "When through the woods,and forest glades I wander,
and hear the birds sing sweetly in the trees;
when I look down,from lofty mountain grandeur,
and hear the brook and feel the gentle breeze"
-- "How Great Thou Art" Verse 2
Posted by Bob K. at 6:07 AM
Labels: Albert Einstein, Alvin Schmidt, Dorethea Dix, Ethics, History, How Christianity Changed the World, Under the Influence