12000 Flee as Haifa Fire Rages Out of Control 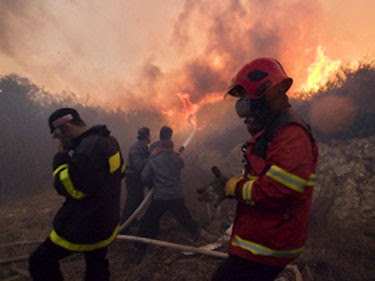 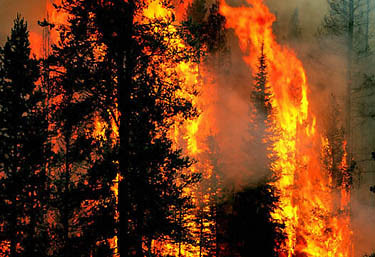 ...as fire consumes everything in its path. 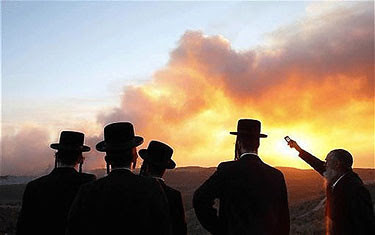 Thousands have been evacuated. A man captures the intense fire on his phone camera. Flashtraffic Photo.

(Washington, D.C., December 2, 2010) -- As the Jewish holiday of Hanukah has begun this week, a serious national crisis is unfolding in northern Israel. "More than 12,000 northern Israel residens were being evacuated from their homes as a massive fire that claimed the lives of at least 40 people continued to rage Thursday night," reports Ynet News.

"Rescue forces have yet to contain the fire, which in addition to the northern town of Tirat Carmel also threatens the communities of Nir Etzion, Ein Hod, and Beit Oren, all evacuated by now. Meanwhile, the IDF is gearing up to evacuate its transport base in Tirat Carmel. The evacuation of Damon Prison ended in tragedy, after 40 cadets in a Prison Service officers course were burned to death in a flaming bus sent to help in the prison's evacuation. Apart from the 40 victims, several firemen and three police officers who drove a police car behind the bus were also injured."

Prime Minister Netanyahu is calling the massive fires a "disaster on an international scale." He added that, "We do not have what it takes to put out the fire, but help is on the way. As a result of calls I have made, there are currently ten aircraft on their way to Israel from Greece, France and Cyprus."

The Joshua Fund is alerting Christians all over the world to the gravity of the situation, and we are asking people to pray:

For the fires to be contained and put out quickly

For no further evacuations to be necessary

For other countries to provide Israel needed assistance in firefighting

For The Joshua Fund to be able to assist in real and practical ways, as needed - we've been in touch in the past few hours with a number of our key allies in northern Israel to assess their needs, and we'll let you know more as we learn more. Thanks so much for praying for the people of Israel at this critical time.
Posted by Bob K. at 5:47 AM
Labels: Israel