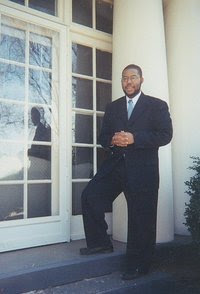 Phil passed this along. If you are lamenting the seeming lack of leadership in politics today take another look. Here's one Staunton resident who's ready to make a difference.

Carl was born March 8, 1981 in Staunton, Va and has lived in the Queen City all his life.

He received his high school diploma from Staunton’s Robert E. Lee High School in 1999 and a B.S. in Government from Liberty University in 2003 followed. After graduation he spent three years working on a few local, Republican campaigns in southwest Virginia before receiving a Presidential appointment to the Department of Commerce in 2005. He served in the Commerce Department as a data analyst, where he managed the public email account for then Commerce Secretary Carlos Gutierrez.

In January of 2007 Carl was appointed to the Department of Homeland Security where he served as a Senior Liaison Officer. As a Senior Liaison Officer, he worked on the Department-wide clearance of National Application Office program, REAL ID implementation, E-Verify and the Western Hemisphere Travel Initiative Program. In August of 2008, Carl left DHS in August of 2008 to pursue his J.D. at the University of Richmond’s T.C. William’s School of Law.

Nearly a year ago the American people went to the polls and signaled a desire for “Change” by electing Barack Obama the President of the United States. A mere month ago, the chants of “Yes, We Can” seemed to drown under a sea of tea, as Republicans swept into statewide offices in Virginia and New Jersey.

So what gives? Are the American people schizophrenic? Are they confused? Neither. And no they were not scared into voting Republican by fear mongering GOP operatives lying about the Obama/Pelosi/Reid agenda. Nor were they lashing out at the excesses of the Washington liberal establishment.

The American people are simply scared. Unemployment continues to tick up, economic growth is nonexistent and wages are persistently stagnant. People are looking for solutions to the problems that affect their everyday lives and they want those solutions as quickly as possible. What they don’t want is business as usual, the same old song and dance – and that’s exactly what they’ve been getting since Obama took office in January. The same Obama who promised them a post-partisan America.

The time has come for a true end to all the petty bickering and fighting in D.C. Our nation faces a crisis of unforeseen proportions – we’re attempting to fight a two front war while in the midst of economic recession/depression while the government is on the brink of taking over the nation’s healthcare system. Politics seems to be getting nastier and dirtier and darker just when our country needs our leaders to pull us together. Our leaders have failed us.

But what is to be done? People – young, old, middle age – need to stand up – be bold, be persistent and be courageous. Speak truth to power. Don’t wait to be led and be disappointed, be your own leader. This country won’t get moving again because of anything happening out of Washington, D.C. or Richmond, VA or Trenton, NJ – it’s because of what happens on Main Street, USA.