Why Free Speech Matters in School

Life's Most Powerful Lessons are Not in Academics 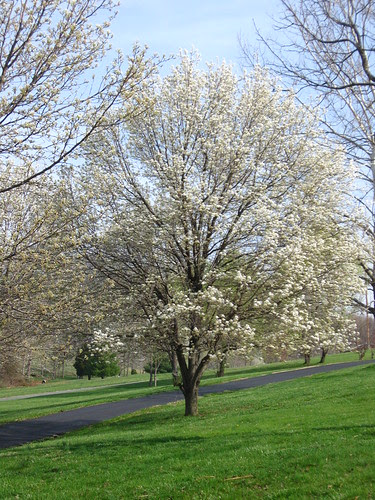 Graduation season will soon be upon us. Valedictorians will be polishing their speeches and hoping to share from their experiences to light the way into the future for their fellow students.

But, just as our new 'green' sensitivity mandates low wattage bulbs in literal lamps, look for low energy light coming from our halls of knowledge. Religious messages, even those given in personal testimony, are not welcome. Nat Hentoff [click to read] in Jewish World Review writes about the story of Brittany McComb, 2006 valedictorian of Foothill High School in Nevada.

She was a student who wanted to testify about G-d's influence in her life. "Brittany had been forewarned. Her high school required a prior draft copy of commencement speeches, and censored all references in hers to her religious faith. She went ahead anyway because, as a student of the First Amendment, she knew she was speaking as an individual — and not on behalf of the state as represented by officials of her public high school."

Her microphone was cut. She was not allowed to finish her speech. She knew her rights and brought suit with the help of John Whitehead of the Rutherford Institute in Charlottesville. The Supreme Court refused to hear her case!

"Thomas Jefferson, in his "Notes on the State of Virginia" (1782), emphasized that the government has no authority over the natural rights of conscience: "The legitimate powers of government extend only to such acts as are injurious to others. But it does me no injury for my neighbor to say there are twenty gods, or no god. It neither picks my pocket nor breaks my leg."

The censored Brittany McComb did not injure anyone, but her public high school unconstitutionally deeply injured her free-speech rights — an injury in which the Supreme Court has become complicit."

Or consider the case of Kathryn Nurre of Henry M. Jackson High School in Snohomish County, state of Washington. It was the tradition of the school to allow the school's seniors in the woodwind ensemble to choose a piece to perform. When they chose to perform Ave Marie the school denied their choice. Their reasoning was that someone might find it "offensive."

If "offensive" is the criteria, why is it allowed for an official of the school to contradict parental values and offer, under the umbrella of school sanction, instruction in sensitive matters that might "offend" me as a parent? Why must I not be offended by the inclusion of "Heather Has Two Mommies" in the school library? Most of us do not find the religious practices of each other offensive. If I am in a Muslim country I expect to take the day off on Friday. I do not want people in an official capacity to prostelytize my children but I am not offended when they as individuals desire to speak.

Ms. Nurre's case was ignored by the Supreme Court as well.

Recently someone challenged me about "corporate greed. Isn't that what has brought down our financial system?" Indeed there is much evidence of CEOs who acted immoraly.

I went on to point out that Franklin Raines paid himself 90 million in bonuses at Freddie Mac [supposedly a GOVERNMENT corporation] while it was collapsing. Now we want to solve the problem by putting everything under the control of government.

It won't work. The founding fathers knew that liberty would only work when people were morally grounded. They wisely structured separation to avoid a state church but never intended for religious speech to be snuffed out. Such denial of religious ideas can only lead us down the path that Europe has already trod. The modern European lives in a secular vacuum where government is ever empowered to perform the functions that moral people once performed out of Divine instruction. Nature Abhors a vacuum, however. Witness the modern day 'Siege of Vienna" where Turks presently living in the Austian city may accomplish what two military attempts failed to do. [1.]

Home Schooling [click to read] looks better all the time.

Bob, excellent argument. Thanks. I am posting it on my facebook page.