End of the World, or a New Golden Age?

It is Wise to Be Prepared for the Possibilities of Both 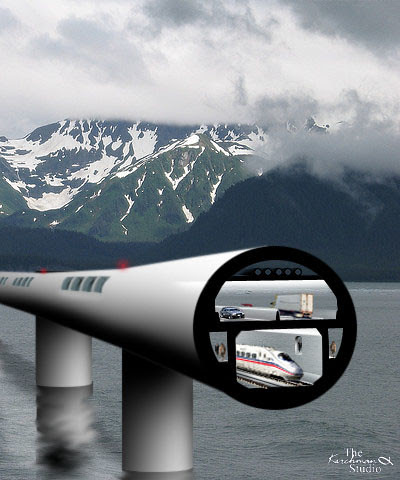 The dream of a bridge between the Americas and Asia has been a staple of publications like Popular Science for years. Will the next generation make it a reality?

Our parents lived through the Great Depression. Then they saw a war that practically destroyed the Continent of Europe. Our Country had barely survived its birthing and was almost destroyed by Civil War in the Nineteenth Century. Now rising powers across great oceans threatened our continued existence. Still, in the midst of the Depression, the 1939 World's Fair showed us the world of the Twentieth Century.

A few years later the National Socialists in Germany were busy creating Hell on Earth. Surely to a person of faith at that time, the World was ending. For over six million people it did. The attempt to install a new order and a Master Race almost destroyed Western Civilization.

Faith gives us hope in the midst of such dark terror. Certainly the hope expressed in Isaiah 60 and Revelation 21 is necessary to anchor us in such desparate times. One day the Divine will establish His Kingdom. A kingdom that is without end.

Mankind has moved through ages of deep depravity and times that we have come to know as Golden Ages as well. What will we do with the time that is ours?

The great irony is that Heavenly minded men and women, far from being "no Earthly good," have often been the catalysts for building a better life for their fellows. Alvin Schmidt documents this in his book "Under the Influence." Many advances in compassion and society are the result of people like England's William Wilberforce, who championed the abolition of slavery for years, and Charles Dickens, who changed the way society responded to the needy among them.

With our eyes set firmly on the "hope of things to come," will we bring the touch of G-d to our age?, or will we surrender to our dark demons?

Now is not the time for quitting. 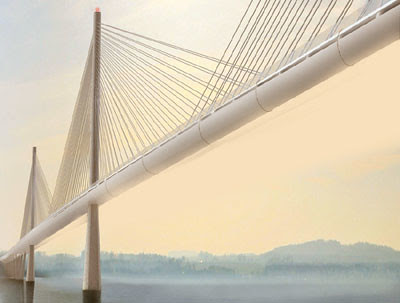 The Bering Straight Crossing might have cable stayed sections to allow ships to pass... 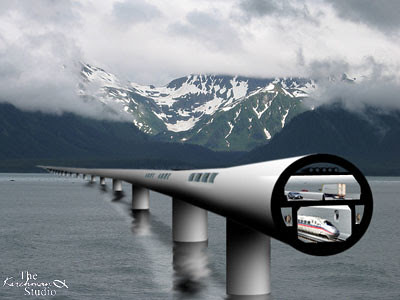 ...and miles of floating piers. 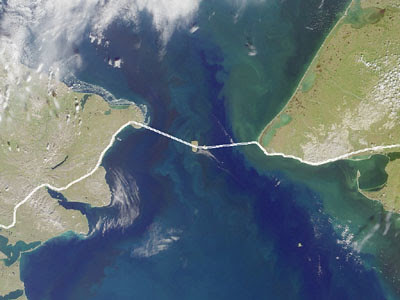 Is the human ability to dream big dreams a gift from the Divine? I believe it is. 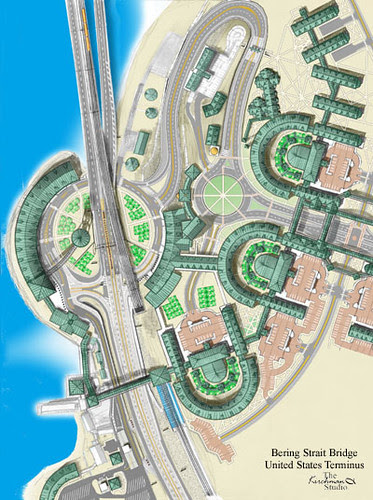 Soon I'll be working with the boys at the Field School again, challenging them to imagine and draw things they might not have imagined before. Here is the Eastern terminus of a Bering Strait crossing... 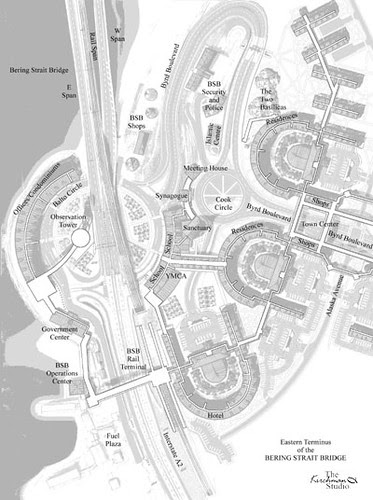 ...begun as a prefabricated construction camp. It features an indoor passageway system for times of severe weather. 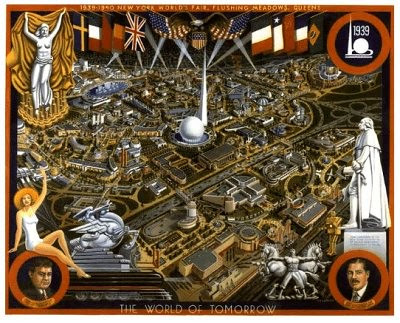 Thanks, Bob. I needed that today. What an encouragement!