Escape from the Underworld of Coruscant

A Free Society Should Have No Permenant Underclass 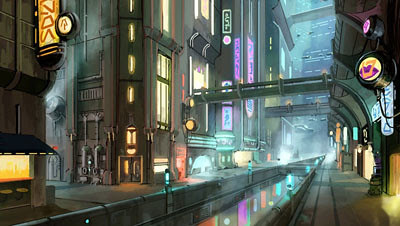 The underworld of Coruscant never sees the light of the sun.

Any Star Wars fan can tell you that beneath the tall towers of Coruscant there is an underworld where sunlight never penetrates. Here the machinery to support the great city is housed and here also is the dwelling place of multitudes of poor beings who are not welcome in her elevated precincts. They are forever trapped in fifty levels of sordid squalor -- never will they see the light of day.

A glance at ‘Wookiepedia’s’ article on Coruscant’s lower levels will tell you that conditions in this part of the realm have remained unchanged through several periods of galactic government and empire. Like Shanghai’s non-resident ‘residents,’ they remain in an unseen situation. No Charles Dickens or George Müller is to be found who might challenge this perpetuation of misery. Thankfully Coruscant’s hellish underworld is imaginary.

Sadly, there are many places in the realm of humanity today that resemble the lowest levels of Coruscant, but history tells us that redemption has occurred in just such places. Dickens and Müller are but two examples of how people of faith challenged poverty. Dickens in his ‘Christmas Carol’ takes on ‘ignorance’ and ‘want.’ Müller took children from a life on the streets, schooled them and taught them trades.

Thomas Sowell [click to read] references an article by Dr. Victor Davis Hanson entitled “Two Californias.” The article describes an ‘underworld’ that is developing right here in what was once considered America’s ‘Land of Milk and Honey:’ "Many of the rural trailer-house compounds I saw appear to the naked eye no different from what I have seen in the Third World. There is a Caribbean look to the junked cars, electric wires crossing between various outbuildings, plastic tarps substituting for replacement shingles, lean-tos cobbled together as auxiliary housing, pit bulls unleashed, and geese, goats, and chickens roaming around the yards."

Redemption is a central theme of the human epic. Stories of redemption encourage us even in the darkest of times. Our ancestors might have lived in the most wretched of tenements, but they looked to brighter days ahead. They nurtured community and looked out for each other’s children. They created oases of safety in the midst of a dangerous world.

As modern society has departed from the traditional family structure, it has disrupted the foundations of community as well. Young men look to gangs to provide structure and stability. Single parents raise children. Government is increasingly seen as the means of redemption. Unfortunately, government is a very poor redeemer. 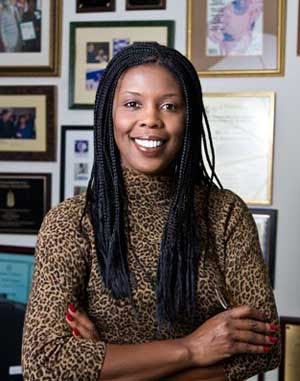 In her weekly column, Star Parker, founder and president of the Center for Urban Renewal and Education [CURE] talks about a new organization’s journey down a very well-travelled road. The Conference of National Black Churches recently met for the first time in Washington, DC. The group’s mission: "to improve the quality of life for African Americans." But Parker laments that the group’s further statements lay no groundwork for personal responsibility, only calls for government to do more.

It’s what Sowell calls ‘Mascot Politics.’ “The black ghettos of America, and especially their housing projects, are other enclaves of people largely abandoned to their own lawless and violent lives, their children warehoused in schools where they are allowed to run wild, with education being more or less optional.”

“What is going on? These and other groups, here and abroad, are treated as mascots of the self-congratulatory elites.”

“These elites are able to indulge themselves in non-judgmental permissiveness toward those selected as mascots, while cracking down with heavy-handed, nanny-state control on others.”

“Plans for "economic empowerment," for example, which the Conferenceof National Black Churches describes as the organization's"centerpiece," has the usual language of proposing collective actionto pressure corporations to develop practices and policies that "favor justice, equality, and environmental responsibility."

"CNBC will fill the void for a unified voice of faith which will betranslated into advocacy efforts in the area of education, health, public policy/social justice, and economic empowerment."

It all sounds noble until you realize, as Sowell points out, that the same groups that now enjoy ‘mascot’ status were once th target of Progressive policies such as ‘Eugenics.’ Indeed there is no guarantee that ‘mascot’ status will continue. Think of the elderly who have faithfully supported AARP only to see AARP endorse Obamacare with it’s ‘End of Life Counselling’ policies. Many signed on to support government solutions only to see government desert them as part of the solution.

Parker points out that economist Mark Perry of the American Enterprise Institute identifies six areas of improper use of government that caused the economic disaster we are now living through. She says members of the new coalition would do well to consider these thoughts of R.C. Sproul:

"Statism involves a philosophy of government by which the state is viewed not only as the final ruling authority but as the ultimate agency of redemption. In this sense the state does not simply co-exist with the church, it supplants the church."

Parker, who rose from welfare mother to founder of CURE states: “There is no better tool for individual empowerment than the Ten Commandments. The rules to respect the property of others -- ThouShalt Not Steal -- and prohibiting spurious concern about what others have -- Thou Shalt Not Covet -- are simple and clear.” The Center for Urban Renewal and Education promotes policies that encourage and reward personal responsibility. Ms.Parker has written three books. Her autobiography "Pimps, Whores & Welfare Brats" was released in 1997 by Pocket Books, "Uncle Sam's Plantation" was released by Thomas Nelson in the fall of 2003, and "White Ghetto: How Middle Class America Reflects Inner City Decay" was released in 2006.

Ms. Parker studied marketing and began an urban Christian magazine, which folded as a result of the 1992 Los Angeles riots. She went on to become a spokesperson for faith and market-based alternatives to empower the lives of the poor. Parker has addressed Congress and appeared on the major news programs As a social policy consultant. In 2010 she ran for Congress seeking California's 37th District seat. Though she did not win, she was effective in communicating her message of empowerment to a national audience. Her weekly column is a must-read for anyone interested in bringing hope to America’s urban poor.

One part of the solution may be Monasticism... NEW Monasticism that is, where Christians live in intentional community in order to bring redemption to the forgotten places of the Empire. Recreating healthy community could be the foundation for lifting lives out of poverty’s endless cycle.
Posted by Bob K. at 10:00 AM
Labels: Coruscant, Star Parker