Pay No Attention to the Man in the Corner

What You Won't See at the State of the Union Speech 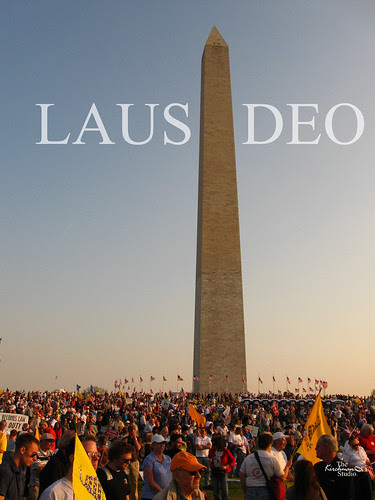 The words engraved in the capstone of the Washington Monument.

A lot has been written and speculated about what you will see in tonight's State of the Union Speech. No doubt, the President will make an effort to reconnect with the American people. He'll address our concerns about high unemployment, government overreach and spiraling deficits.

Here is something you WONT see in tonight's State of the Union Speech. Dennis Prager [click to read], writing in Jewish World Review, is certain the cameras will never pull back to a wide angle view that would show you the inscription above the President's head.

The words "In G-d we trust" are there. [1.] This acknowledgement to the Divine is seen by our lawmakers every day, yet our media storytellers find that so at odds with their current narrative -- that we are asecular nation founded on the exclusion of such 'religious intrusion' into the affairs of government.

"A generation of Americans has been raised to regard any mention of G-d outside the home or church as a violation of the deepest principles of our country. To the men and women of the left-leaning news media, in particular, "In G-d We Trust" is an anachronism at best, an impediment to moral progress at worst. The existence of those giant chiseled words so disturbs the media that, consciously or not, they do not want Americans to see them." -- Dennis Prager

Some day I want to take the tour of Washington offered by Dean Welty of 'America’s G-dly Heritage.' The city is full of evidence that the founders began their great experiment in self-governance with a great sense of their need for the Divine. I've found a lot of them on my own, I'm curious as to what I have missed.

Pierre Charles L'Enfant's "Plan of the Federal City,” drawn in 1792, set aside a prominent site for a "great church for national purposes." Today the National Portrait Gallery stands in that place. The site, midway between the Capitol and the White House hardly speaks the popular media narrative that prevails today. How ironic, that a recent National Portrait Gallery show featured ants crawling on a crucifix. Religion may be freely trashed in today's public square, but not freely expressed.

Our founders did not want a national church, such as the Church of England, but they showed no intent of throwing the pursuit of the Divine out of our nation's public life. 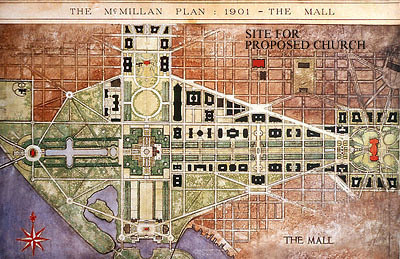 I've superimposed the site of L'Enfant's 'great church' on the McMillan Plan. 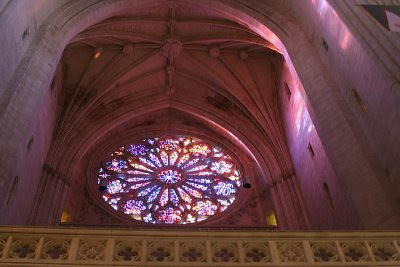 Rose window illuminates the interior of the National Cathedral. Photo by Laney Riley. 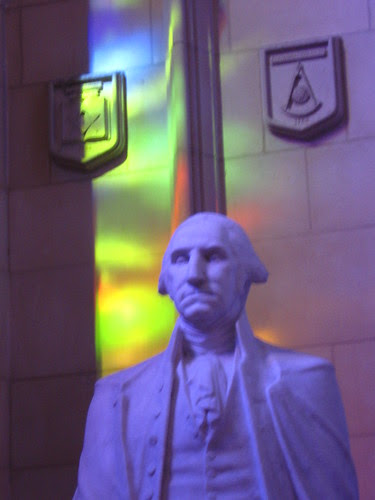 Light from the windows above... Photo by Bob Kirchman. ...frames a statue of George Washington. Photo by Bob Kirchman. 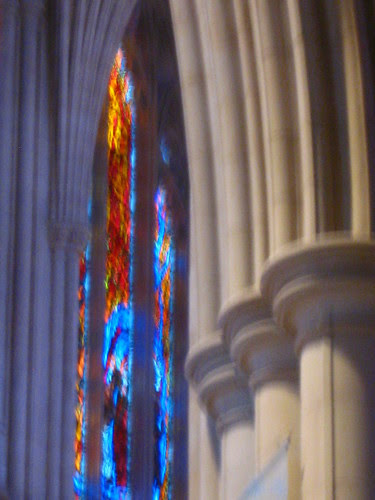 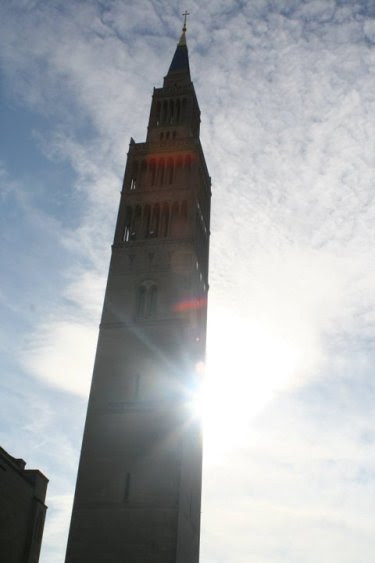 The tower of The Basilica of the National Shrine of the Immaculate Conception. Photo by Laney Riley.
Posted by Bob K. at 6:06 AM
Labels: Barack Obama, Washington DC