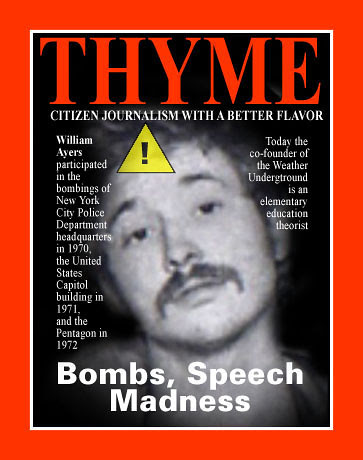 Thoughts on Civil Discourse
Some 'News' is not Worth Reporting

One of the characteristics of a group of middle school boys is that certain ringleaders will take advantage of a disruption in the classroom and attempt to pin the blame on a kid they don't like. An observant teacher can spot this and hopefully stop it before it becomes a regular occurrance. Sadly, there are times when adults do the same thing. Last Saturday was one of them.

In the wake of a tragic and sensless act by a severely disturbed young man, we should all be shocked and saddened... but some reporters and pundits felt inclined to pin this despicable act on their enemies. This should have never happened. Sometimes it is good to REFRAIN from putting out 'news.' Sometimes it is good to wait until all the facts are in BEFORE passing judgement.

The 'other' Weekly News Magazine [click to read] features on its cover the words: "Guns, Speech, Madness." But this connection can be made only in so far as the Congresswoman and her constituants were engaged in free speech when a deranged young man, described by his friends as apolitical, opened fire on them. Later we discover that this person who does not watch any news or political media at all does have a creepy occult shrine in his back yard and had been stalking Congresswoman Gifford.

Yet by the time the facts came out, certain media figures had already dragged the Tea Party and Sarah Palin into the discussion. Palin writes a very reasonable response and the same media accuses her of 'inserting herself' into the story. This story really has nothing to do with political disagreement, but some have felt inclined to make it so.

With that in mind, we can agree with the President's thoughts that we need to eschew violence and listen to each other. 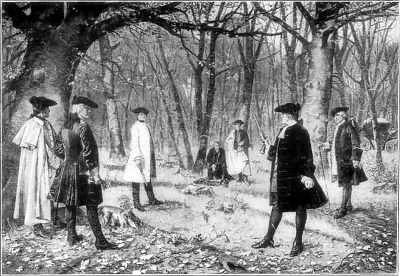 The Hamilton - Burr duel killed Hamilton and effectively ended the career of Burr.

But as Governor Palin pointed out, there has always been passionate political discussion. In those kinder, gentler days of the Nineteenth Century, dueling pistols were sometimes used. The long-standing differences between Hamilton and Burr led to a fatal shooting. Thomas Jefferson and John Adams sparred verbally but later became fast friends.

Our President launched his campaign in the living room of a certain William Ayers. This co-founder of the Weather Underground participated in the bombing of New York City Police Headquarters in 1970, the Capitol Building in 1971 and the Pentagon in 1972. Ayers is an example of someone who needs to be censured for inciting violence in the realm of political debate. The average Conservative does not. Having been to a number of Tea Party events and the Restoring Honor rally at the Lincoln Memorial I can tell you that the atmosphere was family friendly. We LOVE people in representative government who come out to meet the people, as Congresswoman Gifford was doing. There are a lot of us praying for her speedy recovery.

We join with all who recoil at unmitigated evil and pray that our society will confront it for what it is.
Posted by Bob K. at 4:57 AM
Labels: Citizen Journalists, Thyme Magazine