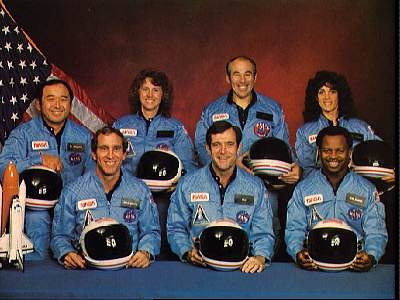 The crew of Challenger who perished 25 years ago today. Nasa Photo.

Today Lynn Remembers the Astronauts [click to read] of the Challenger. My father was an engineer at Goddard Space Flight Center and the whole family followed launches. We had cheered Armstrong's first step on the Moon, still remembering the fire that claimed the lives of Gus Grissom, Ed White and Roger Chaffee on January 27, 1967.

We cheered the landing of Fred Haise, Jack Swigert and Jim Lovell of Apollo 13 after their crippled ship circled the Moon, using the Lunar Excursion Module as a 'lifeboat.'

David Brown, Laurel Clark, Michael Anderson, Ilan Ramon, Rick Husband, Kalpana Chawla and William McCool Died in the reentry of STS-107, the final mission of shuttle Columbia on February 1, 2003. Space flight has always been about a journey into extremely hostile conditions. These brave men and women gave their lives in our quest to explore the final frontier. 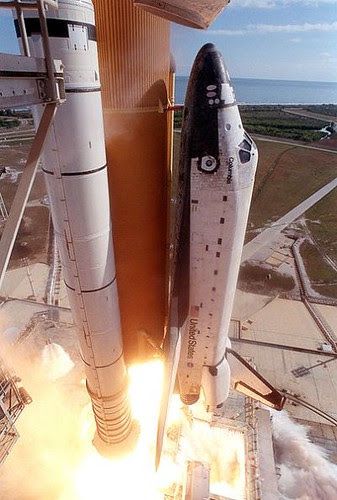