An Apalling Lack of Curiosity

Why Doesn’t Anyone Care... The Unread Soviet Archives? 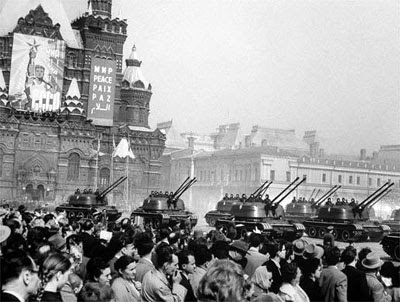 A Hidden History of Evil [click to read] by Claire Berlinski in City Journal.

"We rightly insisted upon total denazification; we rightly excoriatethose who now attempt to revive the Nazis’ ideology. But the world exhibits a perilous failure to acknowledge the monstrous history of Communism. These documents should be translated. They should be housed in a reputable library, properly cataloged, and carefully assessed by scholars. Above all, they should be well-known to a public that seems to have forgotten what the Soviet Union was really about. If they contain what Stroilov and Bukovsky say—and all the evidence I’ve seen suggests that they do—this is the obligation of anyone who gives a damn about history, foreign policy, and the scores of millions dead."

I grew up during the Cuban Missle Crisis. The possibility of an all out nuclear attack caused me to consider Eternal realities at a very young age. Eventually that consideration would lead me to faith.

At that point in history evil was very real and clearly discernable. Today so many thinking people seem to just not want to know. Stalin's destruction of ten million lives just doesn't seem to matter anymore. Flying over Siberia on the way to Japan, I remembered that Korean Airlines flight 007 had been shot down for straying into Soviet airspace years before. I probably was the only person on the airplane who made the connection. Most of my fellow passengers napped or watched movies as I stared out the plane window at the frozen wasteland where dissidents were exiled to.

Today the American President is all too quick to find fault with our own country and all too oblivious to the evil outside our borders. We dare not ignore the honest study of history!
Posted by Bob K. at 6:12 AM
Labels: City Journal, History, Revisionist History

You are so right, but liberals do not read, or at least don't pay any attention to, history. And you know the old adage, about those who don't learn from history. It's sad, but most people would rather put their heads in the sand.