The World Is a Cruel Place...

Without America and Her Foundations it Gets Worse 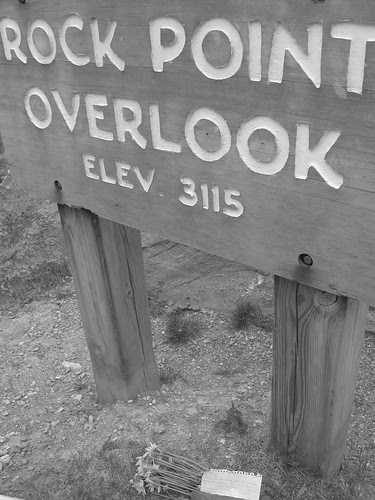 Flowers and a note at Rock Point Overlook remember Tim Davis, who died from injuries that resulted from a violent attack on him and a coworker. They were sitting at the overlook watching the sunset when a man attacked them with a shotgun.

Dennis Prager [click to read] in Jewish World Review has some clear observations about the direction the world seems to be heading.

If you follow Glenn Beck you know that post-Christian thought, guided by Socialist ideas, says that "mankind is evolving toward something better." The problem is that the path is quite bloody. My question to those who hold to that view is: "What happens if you are wrong?"

Prager says: "One of the many beliefs — i.e., non-empirically based doctrines — of the post-Christian West has been that moral progress is the human norm, especially so with the demise of religion. In a secular world, the self-described enlightened thinking goes, superstition is replaced by reason, and reason leads to the moral good."

"Of course, it turned out that the post-Christian West produced considerably more evil than the Christian world had. No mass cruelty in the name of Christianity approximated the vastness of the cruelty unleashed by secular doctrines and regimes in the post-Christian world. The argument against religion that more people have been killed in the name of religion than by any other doctrine is false propaganda on behalf of secularism and Leftism."

As society has embraced a reletivistic approach to truth, the horrors we have seen in our own sphere have increased as well. Could Seung-hui Cho, Eric Harris, Dylan Klebold, Ralph Leon Jackson and George Huguely been saved from comitting the horrible things they did? The question is an honest one... it deserves an honest answer. The stakes are too high.

When Bob Childress [click to read] brought his ministry to Southwestern Virginia, he found a community wallowing in fatalistic despair. Disputes and murders were common and Childress brought faith to bear in the situations he encountered there. The legacy he left was one of faith and healing.
Posted by Bob K. at 5:27 AM
Labels: Faith, History, How Christianity Changed the World