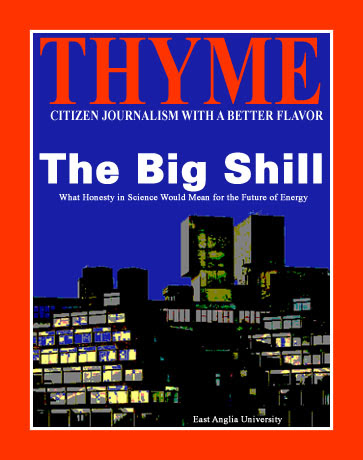 Honesty in Science - The Future of Energy

Consider for a moment your own home. Within a few feet of where you sit, substances and energy resources are being safely transported that can:

and I daresay you would resist any well meaning effort to remove electricity, natural gas or propane, water and central heating!

Such is the logic that must be employed on a global scale.

The oil spill in the Gulf of Mexico must be seen in light of the vast amount of oil that is safely drilled and transported every day. Let's look at how hysteria has crippled our energy production in the past and why we need a common sense approach that lets us become energy independent and improve our safety in doing so.

Remeber gas lines? Three Mile Island? We were going to run out of petroleum then and nuclear power was shunned as too risky. The MSM hyped our fears and we let other countries build the nuclear plants that had been on our drawing boards. We stalled a lot of domestic oil production and didn't build any new refineries.

Now we still burn a lot of fossil fuel to create our electricity and you can see the haze of our energy production as you look out from the Blue Ridge Mountains. We missed the opportunity to create clean nuclear plants to take care of those power needs. We are thirty years behind schedule.

We are literally over a barrel when it comes to providing for our transportation energy needs. We buy it from places that hate us, at prices that we can't control and we haven't the refinery capacity to respond to interruptions in the flow. 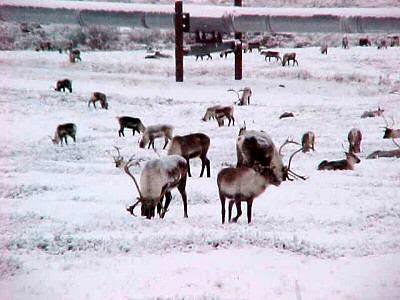 Caribou browse contently under the pipeline near Prudhoe Bay.

Now is the time to begin building those nuclear plants. Now is the time to pursue energy independence with all the urgency we can muster. A new American refinery and increased domestic production are manditory. Failure is not an option.

The 'other' weekly news magazine is reporting The Big Spill [1.]. The need for better engineering and procedures is real. The efforts to derail domestic energy production by the left must be resisted at all costs. They must not be allowed to twist this disaster to fulfill that end.

"You're coming of age in a 24/7 media environment that bombards us with all kinds of content and exposes us to all kinds of arguments, some of which don't always rank all that high on the truth meter." says the President. Please Mr. President, single out THYME so I can go viral and charge confiscatory advertising rates like Rush, Glenn and Sean! 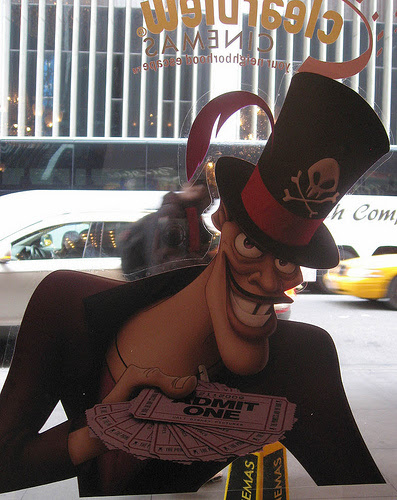 I wondered why 'Shadowman' from 'The Frog Prince' reminded me so much of the POTUS? Could it be that they both have 'friends on the other side?' Having Rahm Emanuel as Chief of Staff sort of makes you wonder?

"Obama-mania is bound in the end to disappoint. Not only does it teach us to despise our political system’s wise recognition of human imperfection and the pursuit of private happiness; it encourages us to seek for perfection where we will not find it, in politics, in the hero worship of a charismatic shaman, in the speciousness of a secular millennium. Lacking the moral parables that made our ancestors wary of those delusions in which overweening pride is apt to involve us, we pursue false gods and turn away from traditions that really can help us make sense of our condition."
Posted by Bob K. at 5:55 PM
Labels: Citizen Journalists, Milestone Monday, Oil, Thyme Magazine