Breaking Barriers in Surgery and Opportunity 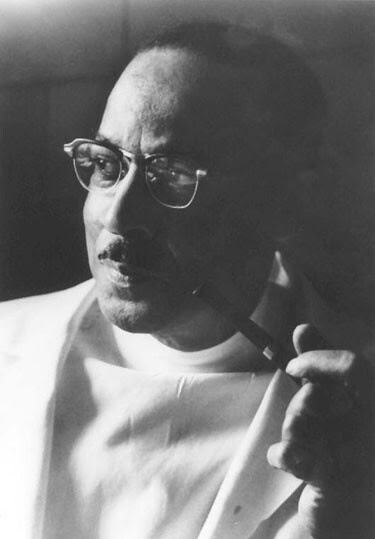 Dr. Vivien Theodore Thomas was born on August 29, 1910 in New Iberia, Louisiana. He was the grandson of slaves but completed high school in Nashville Tennessee. He dreamed of continuing his education and becoming a doctor but the Great Depression in 1929 dashed his hopes for higher education.

Thomas had found a job at Fisk University as a carpenter for their maintenance department. He worked through the Summer of 1929 but was laid off in October of that year following the stock market crash. This put his educational plans on hold and eventually he found work as a laboratory assistant with Dr. Alfred Blalock at Vanderbilt University.

The original job description was caring for the dogs being used for surgical experiments. Thomas fed the animals and cleaned their cages. Dr. Blalock took notice of the young Thomas, discovering that he possessed keen hand-eye coordination, a sharp intellect and the ability to think on his feet to solve problems. No doubt, Thomas' carpentry skills and training came in to play here.

Blalock began using Thomas as a technical assistant, having him perform much of the actual work in developing new surgical techniques. Through the 1930's Blalock pushed on into new frontiers in vascular and cardiac surgery. Thomas did essential work in perfecting the surgical procedures. This pioneer work made Blalock one of the leading surgeons of his time.

In 1940 Blalock was offered the position of Chief of Surgery at Johns Hopkins in Baltimore. He requested that Thomas be hired with him. Their 34 year partnership would continue to push the barriers in surgical technique. Their work would eventually lead to learning how to correct the heart defects that caused blue baby syndrome, Their work on crush syndrome led to understanding that would save the lives of thousands of soldiers in World War II.

Baltimore society was even more segregated than Nashville and Johns Hopkins only hired African Americans in their houskeeping department. Thomas was put on the payroll as a janitor but worked alongside Blalock in surgery. He turned a few heads walking the halls in his labcoat. Here many wonder that Blalock so valued Thomas professionally but allowed him to be distanced socially. Both men, it must be remembered, where men raised in the old Southern society. The separation was highly codified in a city like Baltimore [I still have a map of the city from my youth that matter-of-fact labels the white and colored swimming pools in Druid Hill Park]. The recognition of merit over race and the mens' friendship was enough to remove the most insurmountable of barriers.

Blalock didn't object to Thomas initially being 'assigned' to housekeeping but by 1946 he had negotiated his status as the highest paid lab assistant at Hopkins.

Watching Thomas perform an intricate surgical procedure, Blalock remarked "That looks like something the Lord made." Thomas was able to perform complex surgeries with such efficiency of motion that the students said that he made them look effortless. When a young surgeon in training moved in too close to observe, he might unknowingly step into a spot next to Blalock, who would tersely remind him: "Only Vivian is to stand there!"

In 1976 Johns Hopkins presented Thomas with an honorary doctorate and appointed him an instructor of surgery, acknowledging the work he had already been performing for decades.
Posted by Bob K. at 5:08 AM
Labels: African American History, History, Milestone Monday, Vivian Thomas