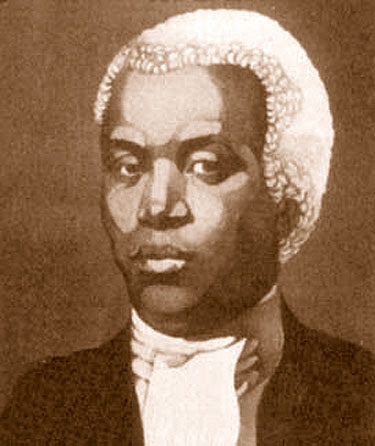 Benjamin Banneker was a renaissance man.

The story of Benjamin Banneker is forever intertwined with the planning of our nation's capital city. In 1791 Banneker was in the employment of Andrew Ellicott, who was charged with the task of laying out the monumental city plan concieved by French architect Pierre Charles de L'Enfant, who had been hired to design a capital suitable for the new republic.

L'Enfant based his design on the best traditions of Baroque landscape design and his creation resembled the hunting gardens of Louis XIV's massive palace at Versailles. L'Enfant proved to be very difficult to work with... America's first 'rock star' architect, you might say. George Washington fired him.

Here the traditional story says that L'Enfant rolled up his drawings and left the young country in a huff, taking his designs with him. Ellicott turned to Banneker, who had prepared the actual surveys, and Banneker is said to have redrawn the plans from memory!

Though many modern historians doubt that Banneker recreated the plans from memory, the man's documented accomplishments would be in keeping with those of a man capable of such a feat. 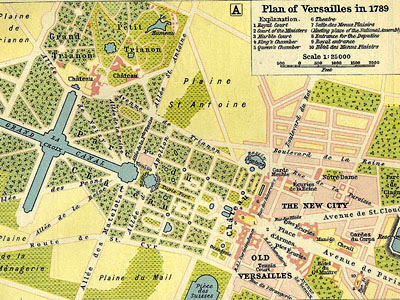 The hunting gardens of Versailles... 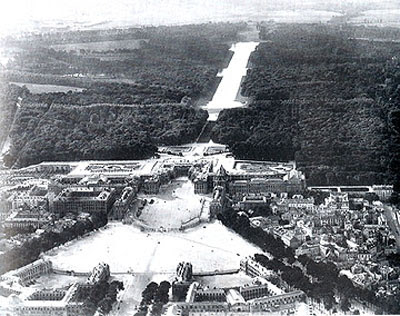 ...inspiration for our nation's capital?

A simple farmer most of his life, Banneker had the good fortune to know the Quaker settlers of Ellicott's Mills in Maryland. The Society of Friends believed in providing basic education to all people and young Banneker certainly received a solid basic education.

Banneker became a student of astronomy and published an almanac. He corresponded with President Thomas Jefferson on the issue of the status of his fellow African Americans. His letter to Jefferson is well crafted, invoking reason as well as compassion. It appears that Banneker took up the craft of surveying in his fifties, looking to a time when he might be physically too old to farm.

Banneker is said to have observed the workings of a clock and then carved his own working clock mechanism from scrap wood. He published his almanac until 1802.

"Banneker lived for four years after his almanacs discontinued. He published a treatise on bees, did a mathematical study on the cycle of the seventeen-year locust, and became a pamphleteer for the anti-slavery movement. He continued scientific studies by night and walked his land by day. He also continued to keep his garden. He hosted many distinguished scientists and artists of his day, and his visitors commented on his intelligence and on his knowledge of everything of importance that was happening in the country. As always, he remained precise and reflective in his conversations with others. His last walk (with a friend) came on October 9, 1806, he complained of being ill and went home to rest on his couch. He died later that day." [1.] 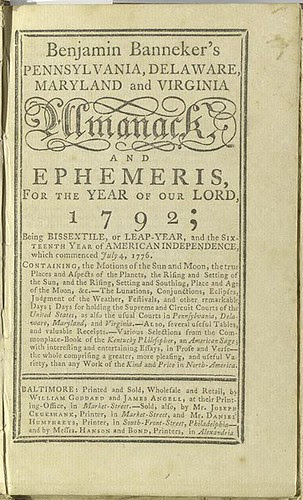 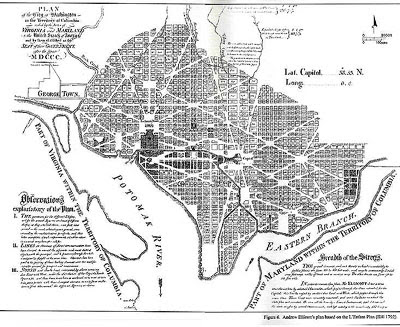 The Ellicott/Banneker map of Washington. 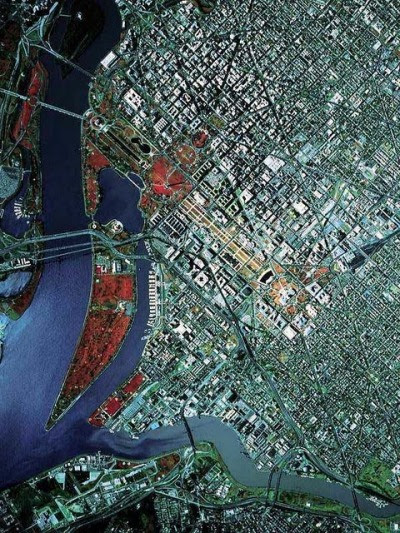