The B&O Railroad in the Valley 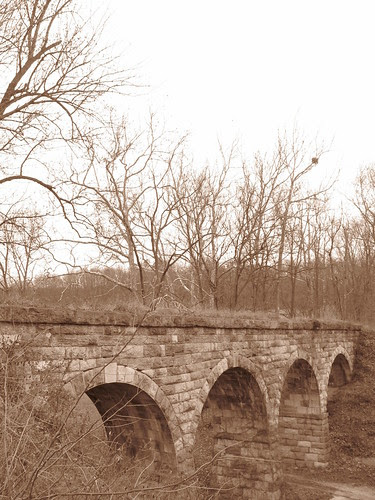 Driving South from Staunton on interstate 81 one cannot miss the beautiful old railroad bridge spanning Folly Creek just south of the interchange with route 262. It was built around 1884 as part of a line that extended down the Valley from Harper's Ferry to Lexington.

The Valley Railroad was chartered February 23, 1866 but was an idea held since the mid-1800's by the Baltimore and Ohio Railroad to tap into the rich agriculture of the Virginia Valley as well as the coalfields to the West. Iron and Maganese were to be found as well and by 1883 construction reached as far as Lexington.

Construction would continue toward Salem but the final stretch of track was never laid. Economic crisis and competition from parallel lines would eventually bring construction to a halt but the line itself was operated as part of the B&O system for many years. It was not abandoned until 1942. 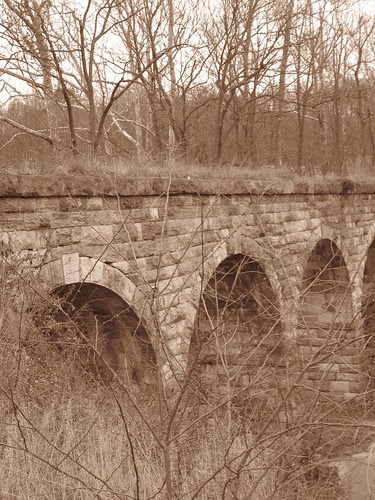 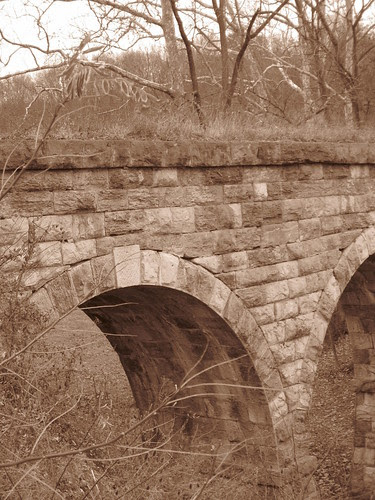 ...with a smooth face ashlar in the soffits of the arches.
Posted by Bob K. at 9:27 AM
Labels: Roads to Rails