Jimmy Stewart is Who We Need More Of Right Now 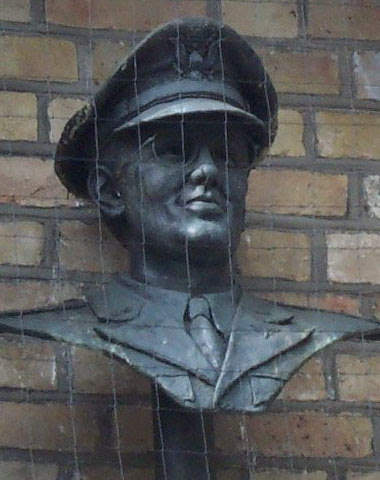 Bust of Glenn Miller in Bedford, England. He played a concert there.

There is nothing like a good film with Jimmy Stewart. My wife and I watched The Glenn Miller Story not long ago. When we watch Jimmy Stewart she wants romance [as in Donna Reed, Wonderful Life], I want Aviation [as in Spirit of Saint Louis, Highway in the Sky or The Flight of the Phoenix]. Wou get the picture. The Glenn Miller Story has a bit of both.

In real life Jimmy Stewart was an Air Corps General. In this tribute to band leader Glenn Miller he portrays Miller working to bring the troops some of the music they loved from back home. The band plays at a British hospital and softly plays 'String of Pearls' as a V-1 'buzz bomb' roars overhead. When the engine stops and the foul device dives in, Miller continues to play softly as the men duck and cover. When it explodes in the distance, the band plays their heart out at full volume to finish the number.

Miller's band was a great morale builder. It continued to do so for months after Glenn Miller's death in a plane crash [or possibly he was shot down] as he flew to France to make advance arrangements for a tour. 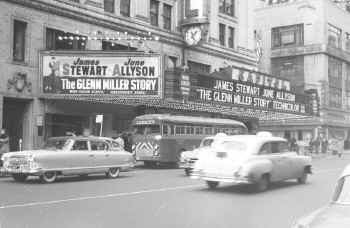