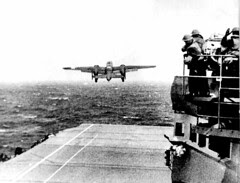 B-25 Mitchell taking off with Doolittle's Raiders.

Fishersville Mike Made This Observation [click to read] about NY 23.

"I'd like to think of his [Hoffman's] campaign as Jimmy Doolittle's raid early in World War II. It was a heroic undertaking to show Japan we were coming and we were going to kick their butts. Democrats take note."

I like the analogy. I remember reading Ted Lawson's book about the raid as a boy. Lawson was the pilot of "The Ruptured Duck" and the B-25 he flew featured nose art of Disney's Donald and crossed crutches. Lawson had come in at the wrong angle in a training flight and scraped the tail of the aircraft, hence the name. New York Republicans may be able to identify with this type of thing.

The plan was to fly over Japan, drop the bombs and land in China. It was a risky plan with no margin built in and Lawson had to ditch his craft. He lost his leg as a result of his injuries.

It is a great story and a great analogy. 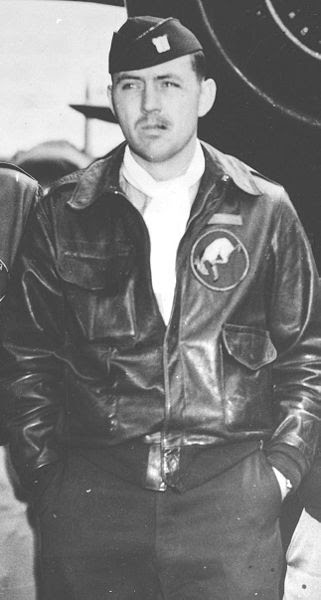