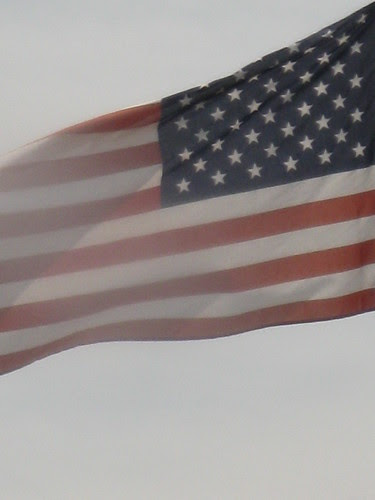 Fort Hood is where my nephew was stationed between his tours in Iraq. All of our prayers are with the families of Fort Hood's soldiers and personel tonight. This is a terrible act and we must do everything in our power to see that it never happens again.

Can we please stop being politically correct and just admit that there may be something to this jihad thing. Can we just honestly recognize the existence of people who despise us and want to do us harm? Can we be honest about what their belief system promotes in the way of violence?

I realize it's complicated. In World War II we interred Japanese Americans while my Father, the son of German immigrants designed aircraft for the war effort. We simply need to come to grips with the very real threat that exists in the Muslim community here. It's OK to want to know what a Muslim believes and how it leads him to live. That's an honest question to ask me as a Christian as well. If you live according to what you say you believe, what does that look like?

But don't tell me that it's a 'religion of peace' when many of its followers are not peaceful. A man may call himself a Christian but ignore the command to love his neighbor. Most don't and Christianity is very explicit about it, even going so far as to to teach charity towards one's enemies. There are peace loving Muslims who despise the violence. There are many who see 'kill the infidel' in the Quoran and live by it. How can we know what a man believes in his heart? Perhaps a direct approach is the best.

We can no longer afford to avoid asking the hard question: "What do you believe and how does that affect the way you live?" We cannot pretend that faith doesn't matter. We cannot pretend that it is no more significant that a person's shoe size. We need to come to terms with the extent to which it shapes a life.

It's not something that, whatever it is, is good in moderation but not in excess. It is a person's fundamental beliefs and we should recognize that there are beliefs that lead to nobleness in character and action and others, a very different set of beliefs, that lead to the most despicable crimes of mankind. Specific teachings that call for specific results fill our cherished texts. We need to recognize the differences with all the wisdom we can muster.