It's Not About You, Barry!

Since You Were Not Watching Anyway...

I hope you enjoyed the Bulls game. We enjoyed the game we were watching last night. OK, it's NOT about you, Mr. Obama. Let me tell you who it IS...

The Governor's race in Virginia and New Jersey... there was passion there as the people went to the polls. You went in for Corzine and in the end you were in the game briefly for Deeds, but for most of this one you were on the bench! We were in there playing the entire game.

Remember when we all came to town on September 12. You know, "We the people," well, we were concerned about things like the Constitution and limited government. You were in Wisconsin, I think. Here's why we came: We'd like to see the greatest sanctuary of freedom the world has ever known remain just that. We want government to facilitate solutions for healthcare compensation without simply taking it over.

We're smart enough to know that government spending can't pull us out of a recession and ultimately prolongs the misery. We want Washington to do its Constitutionally mandated functions [such as defense] extremely well and leave the rest of our lives alone. We have read enough to know that government policies and regulation have actually made things worse in many cases.

No, Mr.President, it wasn't about you at all... but your policies got plenty of attention! 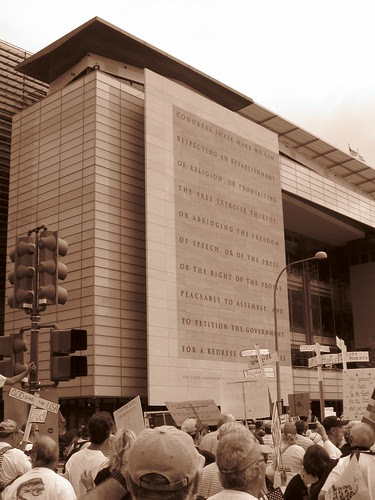 On September 12, citizens march down Pennsylvania Avenue past the First Amendment carved in stone. 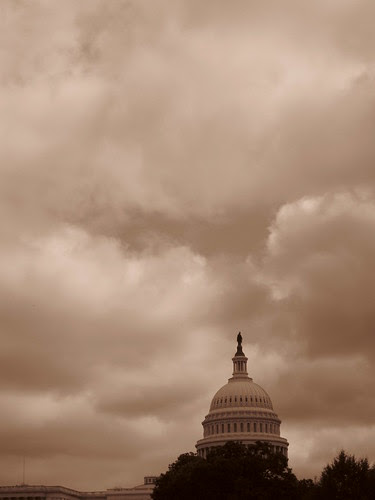 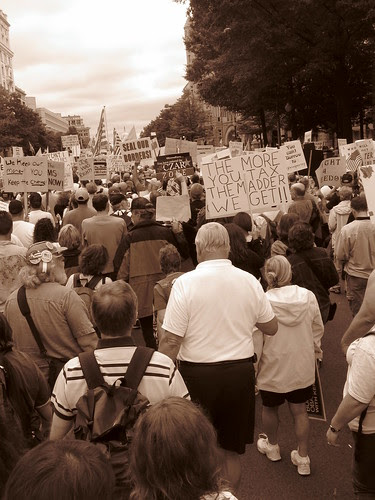 The people came seeking to be represented by their representatives.

And it wasn't just about Republicans beating Democrats. New York's 23rd District race proved to be a One Million Dollar Learning Experience [click to read] for those who would place party affiliation above standing for their core beliefs. The Conservative movement that the MSM so gleefully pronounced dead mere months ago just roared loudly!

Come to Washington, DC for a national “Congressional House Call” on the steps of the Capitol with Congresswoman Michele Bachmann, Dr. Tom Price, and many, many more Americans from across the nation. November 5th, 12:00 noon.
Posted by Bob K. at 5:51 AM
Labels: 09/12/09, Barack Obama, Bill Bolling, Bob McDonnell, Chris Christie, Ken Cuccinelli, Taxation