Public Service as a Holy Calling

William Wiberforce and the Abolition of Slavery 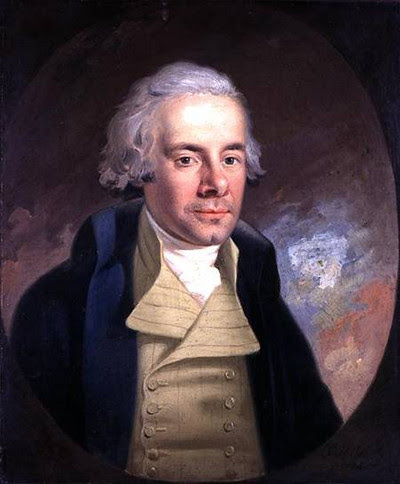 Born to priveledge and prone to enjoy the pleasures his status afforded, William Wilberforce would have seemed an unlikely candidate for world changing reformer but G-d in his wisdom had bigger plans for the young dandy. He prepared himself for a life of politics while studying at St John's College, Cambridge.

Then, as now, religion was something considered good 'but not in excess.' Still Wilberforce found himself spiritually hungry and found faith. He sought out the council of John Newton, former slaver turned clergyman. Wilberforce was ready to forsake his place in Parliament to serve G-d but Newton convinced him that his service in Parliament could indeed be a great service to his Creator!

Wilberforce became convinced of two great missions: "the abolition of slavery and the reformation of manners." That is to say reform of society's priorities and treatment of people.

Wilberforce labored for almost half a century to end slavery in the British possessions. He pressed himself to exhaustion and stressed himself to the detriment of his health, but eventually he prevailed. The movie "Amazing Grace" tells of his life and gives a broader picture of the man. He was concerned about mistreatment of animals, healthcare and a host of issues that press mankind still.

His work is far from finished. Human Trafficking [click to read] is an issue that modern day persons desiring to follow the lead of Wilberforce must step up to address.
Posted by Bob K. at 6:44 AM
Labels: Milestone Monday, William Wilberforce