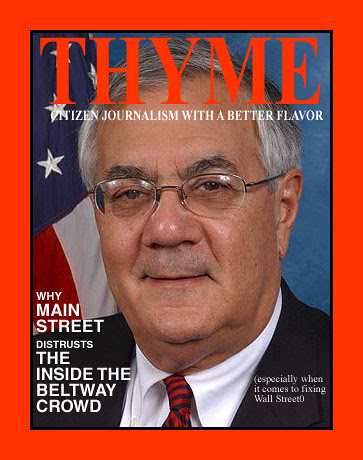 A Deficit of Trust

Let's face it, there is a lot of well deserved distrust of Wall Street these days. The problem is that those who see government regulation as the answer don't give us much evidence for the success of that type of solution. Many of the current problems we face are the result of well-meaning policies that were begun in the late sixties and early seventies by previous administrations.

I would suggest that the problems faced by Wall Street, Main Street and the Inside the Belway Bunch stem from another kind of deficit. The deficit was so aptly described by Noah Riner [click to read].

For years we've been telling students that their 'self actualization' is all important. Moral values are 'relative.' 'Truth' is what YOU believe it to be. So, I ask you, what does that mindset look like when it plays out in the life of a highly successful Wall Streeter or Government Official? Looks like old fashioned right and wrong matter after all.
Posted by Bob K. at 5:58 AM
Labels: Noah Riner, Thyme Magazine, Trust