This Mill Operated in Three Centuries! 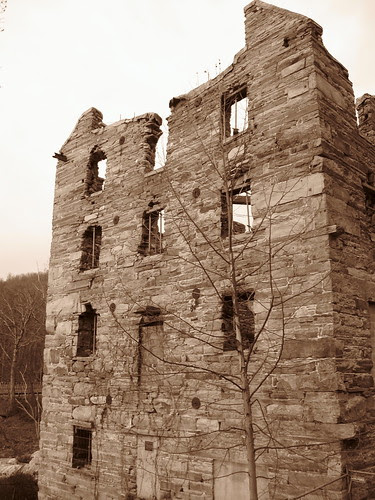 The stone walls are all that remain today...

In 1742 Jonathan and Nathaniel Chapman built this mill. Located between the great valley of Virginia and the Port of Alexandria, the business thrived. The Manassas Gap Railroad was completed in 1852 and flour from the mill was exported to places as far away as Europe and South America.

In 1858 the mill was raised to seven stories. The mill ground flour and corn meal for the armies who fought in seven wars: French and Indian, Revolutionary, 1812, Civil War, Spanish American War, World War I and World War II. During the Civil War the mill was used for meat storage and the Beverly family restored the mill and began operating it again in 1876.

The mill operated until 1951. A fire gutted the structure in 1998 leaving only the walls. 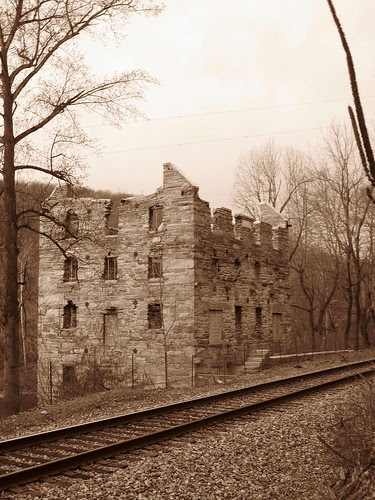 ...of a mill that ground flour and corn meal for the armies of seven of our wars. 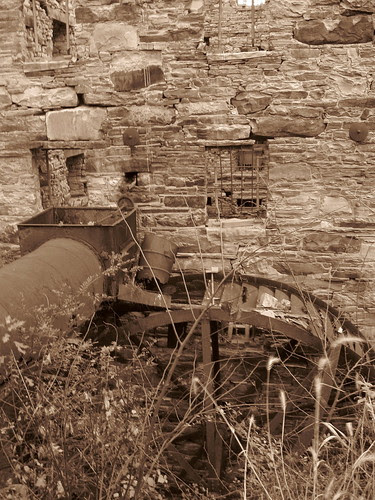