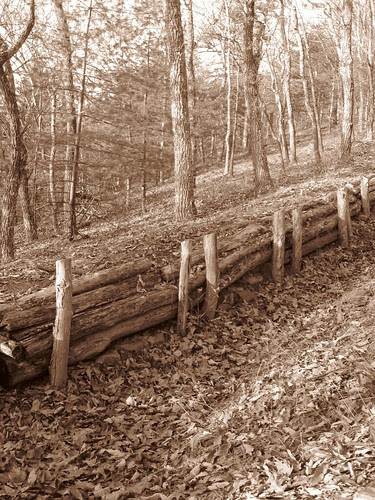 It's hard for us in the United States to identify with Israel's problem. We have not had a hostile border close to a population center for a long time. Journey with me to the top of Shenandoah Mountain on US 250 to Fort Johnson where Confederate soldiers dug in to protect Staunton from possible attack. 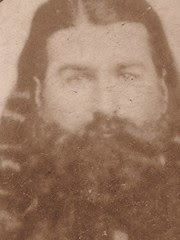 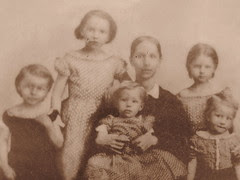 ...his wife, Penelope and their five children.

The Forest Service has created a unique historic trail where the story of Fort Johnson is told through letters that Shep Pryor wrote to Penelope during the war. Pryor's letters tell the story like no text could. Some human emotions are timeless and Pryor's sentiments would be shared by many modern soldiers today.

The Civil War saw Virginia suddenly faced with a large portion of the border with the North and passes such as the one over Shenandoah Mountain were vulnerable. Pryor and his Georgia regiment were assigned the job of protecting the Valley from invasion. April in Virginia can be cruelly cold and the men shivered as they kept watch. They were moved around rapidly in response to threats and wrote home to assure their loved ones that they were still in the land of the living.

If you travel West on US 250 to the Western border of Augusta County you can follow Lieutenant Pryor and his men through the Breastworks Interpretive Trail. 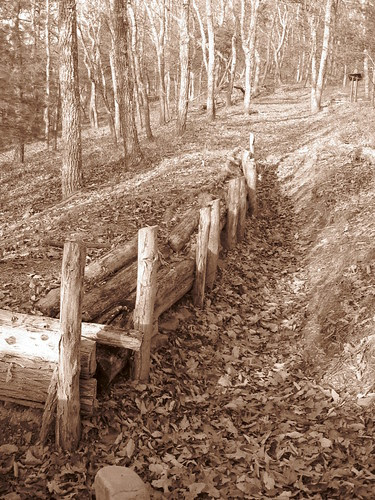 Soldiers piled logs on the downhill side of their trench and shovelled dirt over them to build these fortifications.
Posted by Bob K. at 8:06 AM
Labels: Confederate Breastworks, Fort Johnson, Shep Pryor